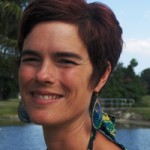 “Breaking News: In Florida, a murderer has made public his plans to kill three individuals in the next six weeks. If all goes according to his plan, Elmer Carroll will die on May 29th, William Van Poyk will die on June 12th, and Marshal Gore will die on June 24th. And what is more, this murderer has admitted that he has killed before; in fact, he killed three people in 2012 alone. Clearly this man is a serial killer who has killed and plans to keep doing so. ”

Breaking News: In Florida, a murderer has made public his plans to kill three individuals in the next six weeks. If all goes according to his plan, Elmer Carroll will die on May 29th, William Van Poyk will die on June 12th, and Marshal Gore will die on June 24th. And what is more, this murderer has admitted that he has killed before; in fact, he killed three people in 2012 alone. Clearly this man is a serial killer who has killed and plans to keep doing so.

If this perpetrator were an average person like us, these highly publicized murder plans would be the subject of mass public outrage and the focus of tremendous law enforcement attention. A manhunt would be under way to catch the “evildoer.” Once apprehended, prosecutors would spare nothing to win the case and see this bloodthirsty felon held accountable for his crimes.
But, of course, the perpetrator is not like us. He is Florida Governor Rick Scott, and he has vowed to deplete Florida’s death row as quickly as possible. He has repeatedly demonstrated that he plans to continue the state’s heinously flawed death penalty system in the coming months and for the indefinite future. And thus little public outcry, no “manhunt” for this man who will easily murder more people than did the Boston marathon attackers. Instead, the state continues to make it easy for Rick Scott to kill and kill some more.

Florida is already the only state that allows a jury to assign a death sentence without a unanimous decision. A 7-5 vote can put a man on death row in the Wild West that is Florida’s death penalty. Some 406 inmates sit on that death row awaiting Scott’s decision when to kill them. This is more than any state except California. In the last two years, Florida, under Scott’s leadership, has led the nation in the number of new death sentences. Florida also leads the nation with the number of death row exonerees, having found 24 people it sent to death row actually did not actually commit the offense for which they were convicted.

Not content with the ease with which Scott gets the go ahead to kill, the Florida legislature recently passed the Timely Justice Act. George Orwell would be so proud, for there is no justice in this Act and time works against justice. Instead, if Scott signs it into law, it will limit appeals for each person who has received a death sentence. It requires the Governor to sign their Death Warrants within 30 days after appeals are exhausted and clemency is denied, and it demands that executions take place within 180 days of the signing of the death warrant. This would impact 13 prisoners currently, and another 80 have exhausted appeals and are awaiting clemency hearings. This legislation will almost certainly lead to the execution of innocent individuals in the state of Florida, as most of the 24 exonerees had been on death row for more than 15 years before they were released. And, while these innocent men languish in the prison at Starke, the real murderers carry on. And those who were responsible for the flaws—the police who elicit false confessions from mentally ill or low IQ inmates, the prosecutors whose misconduct has been repeatedly deemed egregious—they remain, like Rick Scott, in the free world doing as they please.

Even if Governor Scott does not sign the Timely Justice Act, however, he has vowed to speed up executions in Florida by executing an individual every two weeks. So, while six states in the last six years have abolished the death penalty, Florida wants Rick Scott to keep on killing.

I don’t think this is OK. And I hope others do not, either. If you are outraged that Florida’s serial killer Rick Scott and his legislative toadies are able to distort justice in these ways, take action. Floridians for Alternatives to the Death Penalty (FADP), Death Penalty Information Center in Washington, D.C., and other groups are pushing Scott to veto the Timely Justice Act and are actively organizing to move Florida in the direction of the other 18 states that now do not kill offenders to teach them the errors of their ways. I implore you to contact Rick Scott and to get involved with FADP’s efforts. Otherwise, we are simply turning our heads while a murderer remains free to kill again.

~~~~~~~~~~~~~~~
Laura Finley, Ph.D., teaches in the Barry University Department of Sociology & Criminology and is syndicated by PeaceVoice.