Putting Our Money Where Our Hearts Are 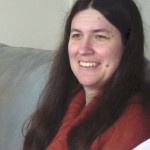 ““I will give one for defense, but I’m cutting the whole offense budget,” the man said as he dropped one penny into the jar marked “Military” in our Tax Day Penny Poll. Then he dropped various amounts of his 10 pennies into various jars with labels such as Health and Human Services, Education, Foreign Humanitarian Aid, and Environmental Protection.”

For the full article:
Putting Our Money Where Our Hearts Are
701 Words
By Lynn Fitz-Hugh
“I will give one for defense, but I’m cutting the whole offense budget,” the man said as he dropped one penny into the jar marked “Military” in our Tax Day Penny Poll. Then he dropped various amounts of his 10 pennies into various jars with labels such as Health and Human Services, Education, Foreign Humanitarian Aid, and Environmental Protection.

We’ve been conducting these polls for years across the US. A group of us stood outside a post office in Seattle on April 15th. Each “voter” was given 10 pennies to vote how s/he would like federal tax dollars to be spent. When they were finished voting I would unroll 40-inch long, one-inch high piece of paper which revealed the actual way we spend our tax dollars. It would show: 60 percent goes to the military. It showed 16 other categories (one of which is everything that gets less than one percent of the budget). The next closest to the military is Health and Human Services which received five percent last year as did Education—the winner of my penny poll.

We had a group at five Seattle post offices. At all five sites Education won and the military came in last. Most penny poll voters were shocked to learn that Homeland Security receives four percent, which is more than any of the following: HUD, Agriculture, Justice, NASA, Energy, Labor, Treasury, Interior, EPA and Transportation. I wonder if our representatives realize how far the budget strays from the actual wishes of the voters?

I am angry on tax day. I am angry because I know that last year GE, BofA, Chevron and Goldman Sachs all paid no federal tax money- through loopholes, subsidies and offshoring. I am angry that if the major corporations paid the full amounts they should pay we would not have a federal deficit. Yet I watch streams of hardworking citizens drive up to drop off their tax returns, many with much larger checks to the IRS than entire profitable corporations pay. I am angry that politicians are influenced by paid lobbyists instead of voters in forming our budget. I am angry because in the military budget is the F-35 costing $1.5 trillion, according to the General Accounting Office, which the administration has tried to cancel and yet still Congress rolls forward with it, adding to the 60 percent. I am angry because the US military budget is four times greater than our nearest ‘competitor,’ China, and as large as the next 17 countries’ combined military budgets! This is waste, folly and sin. While we cut all useful human services in the richest country in the world – we spend it in ways that cannot serve life.

One thing that amazed me was how hard it was for many of my fellow citizens to get the idea that they were the one to decide, that there was no way they were “supposed to” do it, no guidance. What is wrong in a democracy when we have not thought about how our government should do things? The other side of this coin was the most frequent reason given by those who declined to participate, “What difference does it make?” I suppose they mean that a penny poll will not change the actual budget or even influence our politicians. I agree. My reason for doing it is actually to influence voters: to care, to be mad about the ways their views aren’t reflected in the budget, to speak up, to make a fuss, and to make it change.