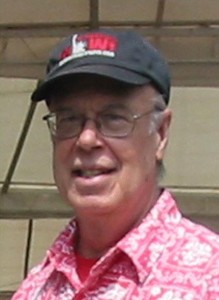 “Republicans and corporate media are frequently talking about taxing the rich as “redistribution of wealth,” as if the capitalist economy is not itself a great redistribution engine. In its normal workings, capitalism redistributes the money and labor of poor and working people to the rich.”

For the full article:
The Wealthy Like Redistribution – Their Way
810 Words
By John M. Repp

Republicans and corporate media are frequently talking about taxing the rich as “redistribution of wealth,” as if the capitalist economy is not itself a great redistribution engine. In its normal workings, capitalism redistributes the money and labor of poor and working people to the rich.

As John Ruskin wrote in Unto the Last (1862)—a book Gandhi read that changed his life—rich and poor are relative words like north and south. Most people think of wealth as an absolute and think that everyone could become wealthy with the right application of knowledge and effort.

If that were true, why aren’t we all wealthy? The wealthy have an answer: the poor are ignorant and lazy. The rich say they have nothing to do with the poverty of their brethren. But if wealth and poverty are relative concepts, the opposite is true. A necessary part of becoming wealthy and staying wealthy is keeping your neighbor poor.
There are a large number of transactions or relationships in capitalist society that keep the rich wealthy and the poor in poverty. The whole goal of the self-interested actor in the marketplace is buying low and selling high, hoping to profit. That is redistribution, is it not?
Working for wages that pay the worker less money than the value his work creates for the owner is another transaction that is a redistribution. Usually, the owner will not even hire a worker unless they believe they can make a profit.

Profit is not just covering the costs of running the business, but what is over and above those costs. It is compensation for ownership, and it is one of many sorts of redistribution.
A person renting from a landlord, whether an apartment, house, or piece of land is often another redistribution of money, for most landlords want to make a profit over and above their costs.
Banks and others loan money to borrowers and collect interest. That is redistribution, especially since the loan is a monetization of the borrower’s promise to pay.
Profiteers also use the blood of servicepeople and foreigners to redistribute wealth from the US taxpayer to private corporations at profit rates much higher than normal. Viewing the Department of Defense website, a citizen can read about these contracts and follow the path of $billions daily, redistributed from your paycheck to war profiteers.
Or consider the IPO, the initial public offering of stocks. If the business plan looks good, a company may put on the market 100,000 shares and public demand sets the price for a share. The company may hold back hundreds of thousands of other shares for the original owners that take on the value the market gives to the shares, and— voilà!—the original owners instantly become billionaires. That is the “magic” of the market and redistribution on steroids.

Currently, the big Wall Street banks and hedge funds have found another way to literally mine money from the world’s markets. They trade on currency, commodity, stock, bond, and derivative markets the world over. This method of redistribution has become possible in the last few years with the liberalization of markets all over the world as capital became free to move anywhere at the click of a mouse. We have seen pictures of a trader’s desk with six computer screens. They scour the world for a tiny spread – the difference between a selling price and a buying price – and when they find it, they make a huge trade, with borrowed money, so they can leverage the transaction and make a “killing.”

It is the big Wall Street banks’ trading on their own accounts that Paul Volcker told Obama is the most destabilizing part of the whole financial system. The “Volcker Rule” is meant to forbid banks from doing that kind of speculation especially since they are “too big to fail.” But that trading is also a very lucrative part of the big Wall Street banks’ business. Therefore, they are doing everything in their power to prevent the SEC (Securities Exchange Commission) from writing rules that prevent it. Even if the “Volcker Rule” stands, hedge funds can continue this kind of trading.
So John Ruskin was right when he said the wealthy necessarily work to keep their neighbor poor. And to protect their wealth, the wealthy engage in politics, using their vast media resources and the politicians their money helped elect to attack the idea of the wealthy paying a higher percent of their income to the government in taxes. The wealthy also stand behind the so-called “science” of economics to justify the redistribution in their favor as good and natural regardless of the consequences to society or the natural world. Yes, the wealthy like redistribution – their way.
~~~~~~~~~~~~~~~~~~~~~
John M. Repp, writing here for PeaceVoice, is an activist in Seattle.