Growing opposition to US drones program 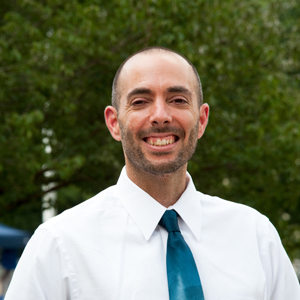 “The United States has a long history of violating international law when its leaders believe foreign policy objectives justify doing so. The belief in the right of the United States to overthrow democratically elected governments (Guatemala, Iran, Congo), to train and arm insurgencies (Nicaragua), and to launch aggressive wars (Iraq) free of the inconvenience of the law grows out of the nationalistic fervor of “American Exceptionalism.””

For the full article:
Growing opposition to US drones program
759 Words
By Jeff Bachman

The United States has a long history of violating international law when its leaders believe foreign policy objectives justify doing so. The belief in the right of the United States to overthrow democratically elected governments (Guatemala, Iran, Congo), to train and arm insurgencies (Nicaragua), and to launch aggressive wars (Iraq) free of the inconvenience of the law grows out of the nationalistic fervor of “American Exceptionalism.”

Currently, President Obama is directly overseeing a drones program that potentially violates a number of international legal norms. In October 2009, Philip Alston, then UN Special Rapporteur on Extrajudicial, Summary or Arbitrary Executions, stated that the drones program would be illegal if the U.S. was failing to take “all of the relevant precautions to make sure that civilians are not killed, in accordance with the relevant international rules.” Alston continued, “The problem is that we have no real information on this program.”
In May we learned that the President personally maintains a “Kill List” and holds weekly meetings during which, as judge, jury and executioner, he determines who lives and who dies. It was also revealed that the President counts all military-age males killed in drone strikes as militants. However, as a show of his compassion and fairness, the President does leave open the possibility for those killed to be proved innocent posthumously.
Such brazen counting and book cooking would make the sneakiest Wall Street accountants blush. It is also what allowed Counterterrorism Adviser John Brennan to maintain for over a year that there had not been a single civilian casualty from drone strikes. In May, Brennan corrected his patently absurd and dishonest claim, stating that innocent loss of life “is exceedingly rare, but it has happened.”
There is also the president’s personal authorization of the use of “signature strikes” in Pakistan and Yemen. Signature strikes target unidentified and unconfirmed individuals based in behavioral characteristics that are perceived to be those of militants or terrorists. Of course, it doesn’t actually matter whether an individual killed by a signature strike is a militant because he will be counted as one regardless.

President Obama’s method of distinguishing militants from civilians inherently violates the principle of distinction precisely because it fails to distinguish civilians from militants. It also potentially violates the principle of proportionality. There are limits to even unintentional civilian deaths in war. The number of civilians killed in a military action cannot be “excessive in relation to the concrete and direct overall military advantage anticipated.”


The president’s system of counting civilian deaths is only one potentially criminal component of his drones program. In February, The Bureau of Investigative Journalism and the Sunday Times published the results of a joint investigation into the practice of targeting rescuers who converge on the scene of an initial drone strike. They concluded that between 2009 and 2011, more than a dozen such attacks occurred, resulting in the deaths of at least 50 civilians.

After a brief lull, similar attacks were carried out numerous times this year. The most recent “double tap” occurred last month in Pakistan. Intentionally targeting rescuers and the wounded are clear violations of international humanitarian law and US rules of warfare. Of course, the president attempts to evade accountability by presuming all those killed in both the initial strike and the follow-up to be militants. Fire and medical personnel are terrorists?
Not everyone agrees. There is a growing international movement against the impunity with which President Obama runs his drones program. UN Special Rapporteur on Human Rights and Counter-Terrorism Ben Emmerson has called for an independent investigation into each and every death that results from drone strikes. Such investigations are worthwhile in response to all future drone attacks, but are too little too late for those already victimized by President Obama’s potential war crimes.
We need more than an end to the “conspiracy of silence” concerning the president’s drone attacks; we need an investigation into the legality of the Obama Administration’s favored means of making war. U.S. foreign policy cannot be immunized from the very same laws used as the impetus for applying sanctions and making war against others. International law’s legitimacy is grounded in its consistent application. Selectively applying and enforcing international law undermines the law, as well as the moral high ground claimed by those who use it as a tool against “rogue” elements while immunizing themselves.
~~~~~~~~~~~~~~~~
Jeff Bachman is a professor of human rights at American University, with a focus in state responsibility for violations of international human rights and humanitarian law.