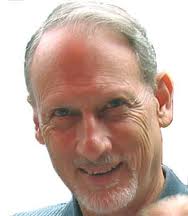 “In my email this morning was a message from one of my favorite organizations, the League of Conservation Voters, that began: “We just won a major victory: The Obama administration has finalized new fuel efficiency and global warming pollution standards that will raise the average gas mileage on cars to 54.5 mpg by 2025. Simply put, this is the single biggest thing the United States government has ever done to reduce global warming pollution.” The League urged me to thank President Obama “for protecting our planet.””

For the full article:
Organize to Address Threats Ignored by Dysfunctional Government
913 Words
By Peter Bergel
In my email this morning was a message from one of my favorite organizations, the League of Conservation Voters, that began: “We just won a major victory: The Obama administration has finalized new fuel efficiency and global warming pollution standards that will raise the average gas mileage on cars to 54.5 mpg by 2025. Simply put, this is the single biggest thing the United States government has ever done to reduce global warming pollution.” The League urged me to thank President Obama “for protecting our planet.”

I know I should not look a gift horse in the mouth, but I have to admit that my reaction was “really?”

Modest Achievement
This “biggest thing,” raises average mileage on cars by 2025 – 13 years from now. Obama will be long out of office by then and the auto industry will have plenty of time to work on chiseling that mileage figure down. Besides, why did it take Obama nearly 4 years to get around to this? And why is the mileage figure so low?

Low? You bet! In 2009 Raser Technologies built a prototype Hummer that got 100 mpg. That’s the year Obama took office. It was one of many demonstrations that proved that far higher gas mileages are possible and immediately achievable. (That same year Neil Young converted his 1959 Lincoln Continental into a hot zero emissions vehicle that gets 100 mpg.) By 2025 the national target ought to be around 100 mpg rather than half that. After all, most of our vehicles are not Hummers and Continentals that were designed to get 10 mpg or less.

I also have to ask why this important – but let’s face it, modest – achievement is the “biggest thing” our government has done to address climate change?

Shirking on National Security
The news last week was that much more of the Arctic summer ice is gone this year than climate scientists had predicted. That means 1) it is no longer there to reflect sunlight back into space and 2) methane – packing 20 times CO2’s global warming punch – once locked in the permafrost is now bubbling free into the atmosphere. Both these mechanisms create positive feedback loops that accelerate the onset of climate change. Couple that with the heat waves and other climate-caused disasters that have afflicted the globe recently and a thoughtful person can see that this is our most pressing global security issue.

Of course, thoughtful people have been making this clear for quite a while. Al Gore’s Inconvenient Truth film came out in 2006, two years before Obama was elected. That’s six years ago – six years that we could ill-afford to squander on lesser threats like the War on Terror or the War on Drugs.

Oregon PeaceWorks began its 5 percent Solution program in 2008. This was an effort to get the public to voluntarily cut its carbon footprint by 5 percent per year – an amount that, had the nation embraced it, would have allowed us to meet the carbon reduction target for 2050 set by the Intergovernmental Panel on Climate Change (IPCC). If Obama had swept into office in 2009 and immediately made climate change its highest priority, assisting groups like OPW and many others in raising the alarm and addressing the problem, we might now be on the road to a self-preserving solution. Instead, Obama chose to escalate the war in Afghanistan and blow hundreds of billions on it – money that was desperately needed in a lot of areas, but none more crucial than dealing with the climate threat.

Dysfunctional Government
So what we have is a government that is incapable of addressing our biggest national security issue, yet continues to spend half its discretionary income on a bloated military which, though having identified climate change as a national security issue, is doing very little to deal with it. In short, we have a system that is not working to assure our survival, let alone our best interests. This is a system that delivers too little too late to be relevant to the reality we now face. It does not need “fixing.” It needs radical change if we want our children and grandchildren to live in a world that even approximates the desirable aspects of the one we have lived in.

That is what Occupy has been telling us for a year now. How long before we turn our backs on business as usual and start listening? And more important, start acting on what we hear? If we allow ourselves to be distracted from our system’s essential dysfunction again by the quadrennial presidential soap opera, it will be true that we get the government we deserve. And that government will not be our friend, whichever candidate wins.

In his civil rights-era song, “Carry It On,” songwriter Gil Turner said, “If you can’t go on no longer/Take the hand of your sister or brother/Every victory brings another/Carry it on.” It is with that guidance that we can face down the discouragement, disempowerment and fear that is all around us now. As the words suggest, working together is the key to victory and victories lead to one another. In the fabled words of labor organizer Joe Hill, “Don’t mourn. Organize!”
~~~~~~~~~~~~~~~~~~~~~~~~~~~~
Peter Bergel is Executive Director of Oregon PeaceWorks and Editor of The PeaceWorker.