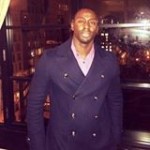 “Between late 19th and early 20th centuries, Africa was apportioned by several European powers— the practice became known as the “Scramble for Africa” or “Race for Africa.”…”

For the full article: END_OF_DOCUMENT_TOKEN_TO_BE_REPLACED

“As world leaders gather at the United Nations for the 72nd Regular Session of the UN General Assembly, this year’s theme is “Focusing on People: Striving for Peace and a Decent Life for All…”

For the full article: END_OF_DOCUMENT_TOKEN_TO_BE_REPLACED 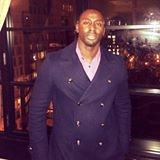 “In the wake of the coordinated terrorist attacks in Paris and the double suicide bombing in Beirut on November 12th, many Muslims took to Twitter to loudly and unequivocally condemn the terrorists attacks with the hashtags— #NotInMyName, #MuslimsAreNotTerrorist, but is this enough to counter Islamic extremism? When will “moderate Muslims” stand up and speak against the terror and mayhem committed in the name of Islam? Thanks to Al-Qaeda, ISIS, Al-Shabab, Boko Haram, etc. Islam is facing a major branding problem. Islamic extremism is damaging and endangering the place of Islam and Muslims in the world. As Daniel Pipes argues, if militant Islam is the problem; moderate Islam is the solution. “Moderate Muslims” all over the world, particularly those living in secure environments, must speak out more to condemn and further isolate the medieval extremist elements.”

For the full article: END_OF_DOCUMENT_TOKEN_TO_BE_REPLACED

“In light of President Obama’s 2015 trip to Africa, likely his last trip to Africa as the U.S. president, it is appropriate to evaluate his government’s foreign policies in Africa since he assumed office. Through this assessment, it is sadly plain to see that Obama’s policies have not helped the vast majority of Africans. Instead, the policies have allowed the suppression of the African people’s hoped-for democratic reforms while simultaneously bolstering the power of corrupt African elites.”

For the full article: END_OF_DOCUMENT_TOKEN_TO_BE_REPLACED

“With the recent mass political unrest and failed military coup against Burundian President Pierre Nkurunziza–after he announced his run for an extraconstitutional third term–the African Union along with the United Nations appealed for ethnic harmony there. This addressed fears that weeks of political unrest could prompt another round of fight between Hutus and Tutsis in the center of Africa’s Great Lakes region.”

For the full article: END_OF_DOCUMENT_TOKEN_TO_BE_REPLACED

“More than 10,000 people have died and 1.5 million are displaced in South Sudan’s current violent conflict amidst the destructive rhetoric of rivals President Salva Kiir and former President Riek Machar. UNICEF reported that 9,000 children have been recruited or abducted as child soldiers by both sides. Alongside the report, 23-year-old Ring Placido describes his experience as a former member of the South Sudanese children’s battalion, “Nyony,” at the age of six: “’I was very frightened and upset to be taken from my mother … But I could not show fear or sadness, because they would have beaten me. I had no choice but to become one of them.’””

For the full article: END_OF_DOCUMENT_TOKEN_TO_BE_REPLACED