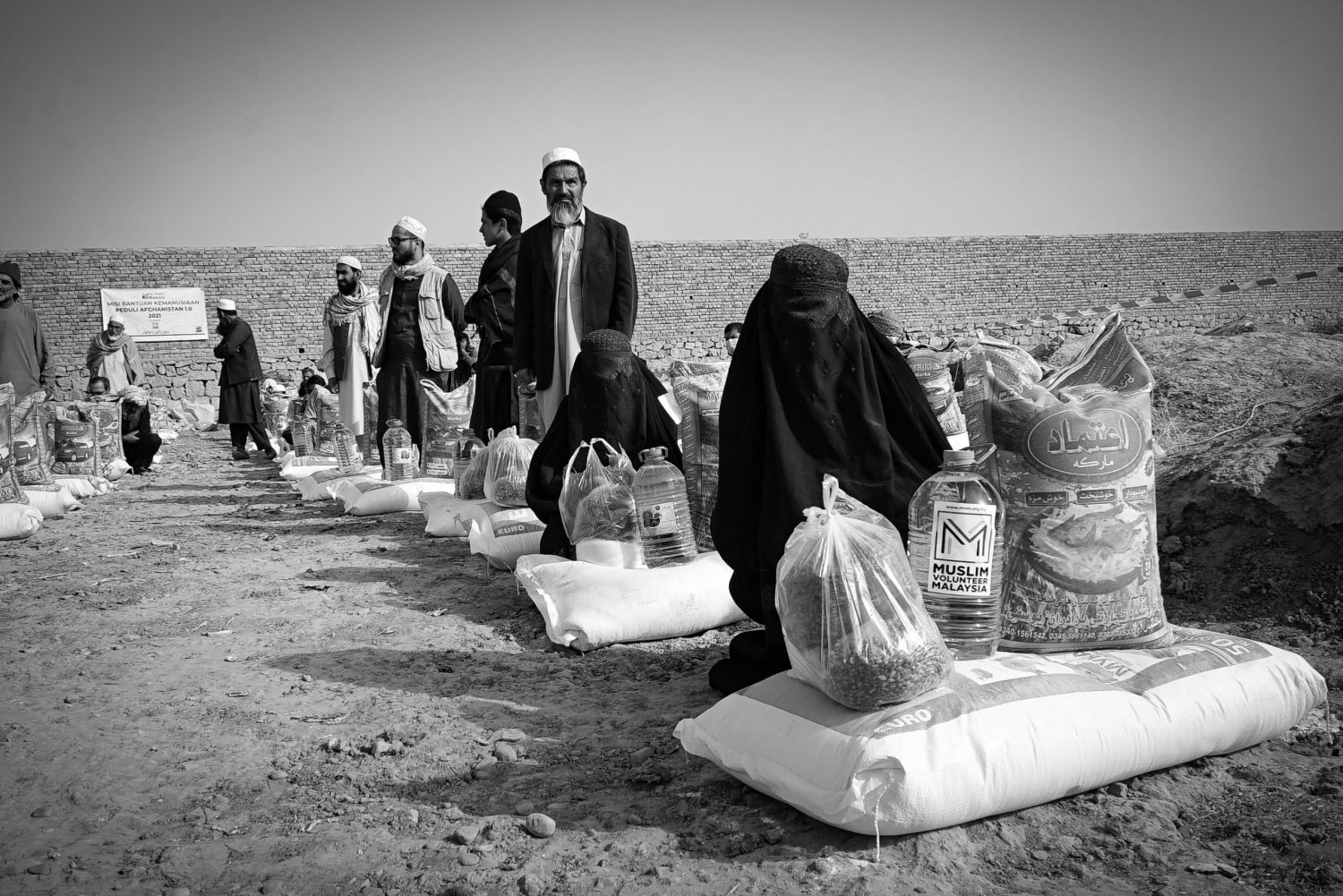 Afghanistan on the brink of disaster??

Afghanistan on the brink of disaster

Gay rights, women’s rights — in reality, these are a nuisance to many U.S. conservatives, but purporting to protect these rights on the other side of the world is a great excuse to play war.

And you don’t need bombs to play. All you need is the will to dominate and the ability to dehumanize “the enemy,” so that their lives can be trashed if (and when) necessary.

I have to confess a stunned speechlessness as I learn about the looming fate of Afghanistan, if President Biden refuses to release $9.4 billion of its assets to the country’s central bank, which it had deposited abroad, primarily at the U.S. Federal Reserve, during the 20-year war. With the Taliban reclaiming power after the U.S. withdrawal last August, the president seized control of these assets, potentially plunging Afghanistan into economic freefall, and . . . oh God . . .

“United Nations officials are warning that millions of Afghans could run out of food before winter, with 1 million children at risk of starvation. . . .

“No increase in food and medical aid can compensate for the macroeconomic harm of soaring prices of basic commodities, a banking collapse, a balance-of-payments crisis, a freeze on civil servants’ salaries, and other severe consequences that are rippling throughout Afghan society, harming the most vulnerable.”

These words are from a letter to Biden last December, signed by 48 members of Congress, urging him not to play economic war with the people of Afghanistan, even though the Taliban is in power. Enduring 20 years of war is one thing, but it doesn’t compare with living in the midst of total economic collapse.

A million children could die of starvation.

This is almost beyond comprehension. Indeed, families are being forced to take unthinkable actions to survive.

“Many of Afghanistan’s growing number of destitute people are making desperate decisions . . .  as their nation spirals into a vortex of poverty,” according to the Associated Press. For instance: “Arranging marriages for very young girls is a frequent practice throughout the region. The groom’s family — often distant relatives — pays money to seal the deal, and the child usually stays with her own parents until she is at least around 15 or 16. Yet with many unable to afford even basic food, some say they’d allow prospective grooms to take very young girls or are even trying to sell their sons.”

Jean Athey of Peace Action, noting that the U.S. spent some $2.3 trillion dollars on the Afghanistan war, points out that:

“for the people of Afghanistan, the war has not ended, nor has the killing. The new economic war is expected to kill more Afghans in four months this winter than did the ‘kinetic’ war in twenty years. No one expects the leaders of the Taliban to suffer. But everyone agrees that hundreds of thousands of babies will die. In fact, Afghanistan in 2022 is shaping up to be one of the worst, possibly the worst, humanitarian catastrophe on record, for any country.”

Such data raises endless questions, all of which can be reduced to a single word: Why? Why? Why?

The consciousness of war still rules. The basic, abstract answer is simply: the Taliban. They are cruel and brutal and deny many people their basic rights as human beings. True as that may be, how can the U.S. government and its unquestioning supporters fail to see the irony of our faux-outrage over this, when we have been killing civilians there with impunity for decades and are now prepared to preside over a starvation holocaust? Furthermore, we gladly support and ally ourselves with brutally oppressive governments all over the world, as long as they bend to our wishes and align themselves with our “interests.”

The time is now to ally ourselves with a million children on the brink of starvation and directly acknowledge the endless failure of war, including economic war. The primary victims are always the innocent.

The letter to Biden from 48 members of Congress — barely 10 percent of the House — addressed the issue thus:

“We deplore the new Taliban government’s grave human rights abuses, crackdowns on civil society and repression of women and LBGTQ people. However, pragmatic U.S. engagement with the de facto authorities is nevertheless key to averting unprecedented harm to tens of millions of women, children and innocent civilians. Punitive economic policies will not weaken Taliban leaders, who will be shielded from the direst consequences, while the overwhelming impact of these measures will fall on innocent Afghans who have already suffered decades of war and poverty.”

The letter ends with a quote from Mary-Ellen McGroarty of World Food Program: “We need to separate the politics from the humanitarian imperative.”

If instead we continue to wage the “war on evil” that George W. Bush began, we will continue to be part of that evil. Think about the millions of Afghans facing starvation in their shattered country, then imagine the consequences coming home.