The game of musical chairs 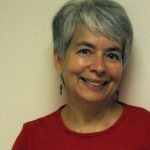 “Just about anyone who’s grown up in the United States will remember playing Musical Chairs in school. Our teachers…”

For the full article:
The game of musical chairs
599 words
by Vicki Ryder

The game of musical chairs
by Vicki Ryder
599 words
Just about anyone who’s grown up in the United States will remember playing Musical Chairs in school. Our teachers would place chairs in a circle – one for each child in the room – and then take one chair away. When the music started, we’d all walk around behind the circle of chairs and, when the music stopped, we’d make a mad dash for a remaining chair. The one left without a seat was sidelined while the others cheered and resumed the game.

One by one, as chairs were removed, the number of losers grew while those who had elbowed their way to a chair remained to play another round. Eventually, one person, usually a boy, and usually the largest or the fastest or the fiercest, was declared the winner for having succeeded in pushing everyone else out of the way.

I hated that game! I hated the way I felt when I was called ‘out.’ And I hated that the other ‘losers’ like me had to watch from the sidelines while everyone else seemed to be having such a good time. Where was the fun in that for us? And what were we supposed to be learning from this ‘game?’

When I became a teacher, concerned about the kind of world my students one day would be facing, I devised a different kind of Musical Chairs. The setup was the same, but the rules were slightly different. I told my second-graders that “in this game, nobody wins unless everybody wins. In each round, I’m going to take away a chair, and when the music stops, everybody has to have a place to sit.” And then I’d start the music….

When it stopped, the child without a chair was invariably invited to share a chair with another player. And so the game went on. No one got called ‘out,’ since everyone had to have a place to sit or the game would end. As the circle of chairs grew smaller and smaller, the kids grew more and more determined not to let anyone fail, and they became more and more inventive. They moved the remaining chairs closer together. They piled on three- and sometimes four- deep, the biggest laps on the bottom to hold the smaller ones. They clung to each other so no one would fall; they laughed, they squealed, and they made sure that when it was over, everyone was still in the game… and nobody got hurt.

Now I watch my grandchildren growing up in “the richest nation in the world,” a world in which just one percent of our population hoards the majority of the wealth while the other 99 percent are increasingly pushed to the sidelines. While the five richest families in America own fortunes totaling $426 billion (and growing at a rate of $4 million every hour), the rest of us, often shamed for being ‘lazy’ or ‘parasites,’ must struggle to make ends meet while earning a meager minimum wage, often without health coverage and with mounting debt. We worry that a single illness might wipe us out while the rich look for ways to cut our hourly wages and our Social Security payments.

I’ve always considered Musical Chairs to be a metaphor for the world we live in. Whether we’re playing on the world stage grabbing at its diminishing resources with bombs and drones, or in a second-grade schoolroom grabbing at chairs, I’d like to think that we all might learn to play by a new set of rules where everyone gets a fair share and nobody gets hurt. It’s really just that simple….
—30—
Vicki Ryder is a retired teacher who served as a conflict management specialist for the NY Governor’s Office on Employee Relations and co-chaired the Training Committee of the International Academy of Family Mediators.