Home » Rachel Halfrida Cunliffe » Knowledge in the Blood: Stories about 9-11 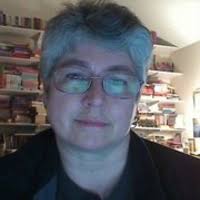 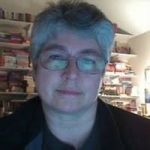 For the full article:
Knowledge in the Blood: Stories about 9-11
582 words
by Rachel Cunliffe

Knowledge in the Blood: Stories about 9-11
by Rachel Cunliffe
582 words
A Saudi Arabian exchange student starting 12th grade in an American high school this fall is bullied because his name is Osama. “Something about 11th of September?” I learn.

Jonathan Jansen called it “knowledge in the blood” when he wrote of the vindictiveness and hostility of Afrikaaner youth born after the end of apartheid as they entered his desegregated college in Pretoria, South Africa. Jansen’s exploration of the rigid views held by these youth about a past they had never lived illuminate the lasting stories we tell about 9-11, and the legacy in those stories we are passing on to our youth and now to a group of young Saudis who have come here because of their leadership and potential to forge lasting relationships with young Americans.

The new American voters in the election of 2020 will be the first generation of voters born after 9-11. The attacks 18 years ago are their story though not their experience. But what exactly is the nature of that story? Is it a tale of injury and revenge? Is it a tale of sorrow, grief, reconciliation and reconstruction? Is it an account which valorizes the blood sacrifice of American youth seeping into sand in Iraq and Afghanistan, largely forgotten and ignored conflicts which have been ongoing ever since? Is there any consideration in our stories of the massive loss of Afghani and Iraqi life, or the atrocities at Guantanamo and Abu Ghraib? Have we attempted to come together with people where between us is offense and injury to try to co-create a future where such harms will never happen again? How have our stories and division created our complicity in the world’s violence and misery as regimes have been toppled and destabilized all over North Africa, the Middle East and beyond?

Ivor Goodson in a book about teaching said, “…stories do social and political work as they are told. A story is never just a story – it is a statement of belief and morality, it speaks about values ….[stories] may accept political and social priorities without comment, or they may challenge those priorities.” If American youth bully Arabian boys called Osama, what is the nature of the stories we are telling which they are now enacting? How have we become stuck in a particular set of “political and social priorities” and have refused opportunities to reconcile ourselves with a past that cannot be changed but which can pass, and from which we could build a better future? How much has our refusal to shift from a narrative which requires revenge been the fertile seedbed for the resurgence of the Taliban in Afghanistan and for the persistence of ISIS which is reimagining the spaces a failed Al Qaeda did not conquer? How much has the particular way we have persisted in telling these stories prevented our healing and recovery and learning?

As we recognize and commemorate the 18th anniversary of the tragedy and horror of that day we can stand with the survivors whose loss is still so keen, we can acknowledge the ways the world changed for so many of us as we watched with desperation the helplessness of those trapped by flames and collapsing super-structures, and we can commit to build bridges with a more nuanced understanding and empathy towards those whose stories are different from our own in order to contribute to a world in which there is never again a gap so wide it seems it can only be filled by fire.
—30—
Dr. Rachel Cunliffe is Assistant Professor of Conflict Resolution at Portland State University.