Are we ready now to put shooters’ gender at center of gun debate? 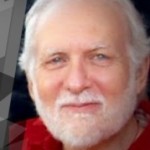 For the full article:
Are we ready now to put shooters’ gender at center of gun debate?
694 words
by Rob Okun

Are we ready now to put shooters’ gender at center of gun debate?
by Rob Okun
694 words
Last weekend’s killing sprees in El Paso, Texas, and Dayton, Ohio, brought the number of mass shootings in the first 215 days of the year to 251. In the United States of Ammunition, that’s more than one a day. What’s going on? To paraphrase James Carville, “It’s the masculinity, people.”

It’s infuriating to me that because it’s so obvious who did the shooting the media, politicians, and pundits rarely cite the most significant common denominator of virtually every mass murder in the U.S.—the shooter’s gender! Patrick Crusius, the 21-year-old Texan charged with the El Paso murders, is an avowed white supremacist. The slain Dayton killer, Connor Betts, had previously compiled a “rape list” of females he wanted to sexually assault. Both are poster boys of toxic masculinity.

Any hope we’ll end the madness must begin by acknowledging that it’s almost always men shooting. Until we make gender central to our efforts to prevent mass shootings, we are on a fool’s errand. I have been repeating this message for 20 years, since Columbine. Before Tree of Life, Thousand Oaks, Parkland, Sutherland Springs, and Las Vegas, there was Virginia Tech, Sandy Hook, Aurora. All male shooters; usually white supremacists.

Let’s also acknowledge what’s not being examined—how we socialize boys and how little attention we give disaffected men. Think about the loner, the male outcast in high school. (Connor Betts’s ex-girlfriend told MSNBC that the Dayton killer had “no support system.”) Because we know how alienated nearly all perpetrators are, that gender is not central to the national conversation reveals a blindness of the highest order. Ignoring this fact just escalates the danger.

Don’t get me wrong. Increase gun regulations—the tougher, the better. Step up pressure to shutter the NRA. Support the Giffords Law Center, Guns Down America, Everytown for Gun Safety, and the Brady campaign. Have at it.

National Study on Boys’ Socialization
We need a nationwide uprising. Demand Congress authorize the Centers for Disease Control (CDC) to study how we socialize males, beginning in preschool. Imagine if from age three on we followed males not just to identify troubled boys—but also and more importantly—to better develop curricula to cultivate their emotional intelligence and enhance their sense of connection. A pilot program could be rolled out next spring through Head Start.

What role could the authentic media play? How about a Frontlines investigation on manhood and violence? Or, a John Oliver Last Week Tonight special. Newspapers in the cities where shootings have occurred could collaborate to produce a multipart nation-wide series on “Men, Masculinity, and Mass Shootings.” The networks and cable news could do specials, too. Since the #MeToo movement began the media’s been pretty successful connecting the dots between toxic masculinity and sexual assault. Why the blind spot around mass shooters?

For years I’ve been part of a global movement of antisexist men working in 700 NGOs in 70 countries committed to transforming masculinity. From preventing violence against women and girls to advocating for women’s reproductive health and rights; from campaigns championing involved fatherhood to raising healthy boys. The magazine I edit, Voice Male, has been chronicling these efforts for years.

So ask yourself: why does virtually no one think about gender when considering mass shootings? Or, for that matter, when contemplating how to best protect people of color, LGBTQIA folks, Muslims and Jews when we are attacked? Because we assume the perpetrators will be men, usually white. If women had been the shooters in El Paso or Dayton, that’s all we’d be talking about, right? (Ditto if the shooters were persons of color.)

It is the masculinity, people. Addressing mass shootings without making gender central to the debate is like expecting a three-legged stool to stand on two legs. Challenging weak or no gun laws and pointing out how secondary mental health challenges are is not enough. We must keep the focus on masculinity.

If you agree, do more than lobby your elected representatives. Blast social media; wake up your faith communities, your schools. Demand media coverage, too. To honor the memories of the murdered, and to comfort the wounded and their families, it’s the least we can do.
~~~~~~~~~~~~~~~~~~~~~~~`
Rob Okun (rob@voicemalemagazine.org), syndicated by PeaceVoice, is editor of Voice Male magazine and a member of the steering committee of North American MenEngage. A new edition of his anthology, VOICE MALE: The Untold Story of the Profeminist Men’s Movement, was published in 2018.