Will a war with North Korea be our political leaders’ greatest regret? 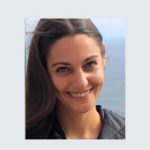 “President Bill Clinton’s greatest regret was his failure to respond to the Rwandan genocide. He estimated that U.S. intervention could have saved 300,000 lives…”

For the full article:
Will a war with North Korea be our political leaders’ greatest regret?
583 Words
By Lisa Fuller

President Bill Clinton’s greatest regret was his failure to respond to the Rwandan genocide. He estimated that U.S. intervention could have saved 300,000 lives.

The Vietnam War was former Secretary of Defense Robert McNamara’s biggest regret. He wrote an entire book to explain why he was “terribly wrong.”

Former Senate Minority Leader Harry Reid, Sen. Tom Harkin, and Sen. Walter Jones have all said that they deeply regret authorizing the war in Iraq. Jones once lamented, “I helped kill 4,000 Americans, and I will go to my grave regretting that.”

In each case, government leaders regretted their complicity in hundreds of thousands of deaths. In each case, they had chosen to prioritize politics above ethics. Today’s political leaders are about to make the same mistake.

We are now on the verge of another unnecessary war — this time with North Korea — and it is likely to wreak more havoc than Vietnam, Iraq and Rwanda combined.

Top nuclear security expert Scott Sagan warns that the risk of war is far higher than during the Cuban Missile Crisis, and predicts that one million people could die on the first day – a figure that exceeds the death toll of the entire Rwandan genocide. Even more worryingly, Russia and China are making military preparations, suggesting that a Korean war could quickly escalate into a world war.

Despite this horrific scenario, President Trump continues to ratchet up tensions by issuing bombastic threats and overseeing provocative military exercises. He is increasingly keen to launch a “preventative” strike, and there are multiple indications that he plans to do so within the next three months unless North Korea agrees to denuclearize. At the same time, he is forbidding diplomacy, blocking any possibility of a peaceful solution to the crisis.

Put simply, war could be inevitable if Trump remains in power. Government leaders therefore have an ethical obligation to remove him from office before he fulfills his dream of using nuclear weapons.

Impeachment, however, is no longer a viable solution- the impeachment process takes several months, whereas Trump is reportedly looking to drop the first bomb by March.

Congress or Trump’s Cabinet will therefore need to invoke the 25th Amendment, which would immediately suspend Trump’s presidential authority on the grounds that he is “unable to discharge the powers and duties of his office.” While the amendment can be invoked on political grounds alone, Trump’s behavior suggests he has a cognitive inability to do his job: Neurologists warn that Trump is displaying symptoms of dementia, while prominent psychiatrists have argued that Trump’s particular brand of mental instability poses a grave risk to national security.

There are, however, measures short of dethroning Trump that would be helpful. Congress could pass legislation such as the Preventing Preemptive War in North Korea Act, the Restricting First Use of Nuclear Weapons Act or the No First Use Bill. All three bills would constrain the President — be it Trump or any of his successors — from unilaterally launching a pre-emptive nuclear strike. Congress has yet to prioritize any of these bills, and they have all remained at a standstill since they were introduced.

Finally, government officials should follow the leads of lawmakers like Sen. Chris Murphy and Rep. Ted Lieu and speak out frequently and loudly to mobilize public opposition to a potential war.
Political leaders who muster the courage to act may be taking a political risk, but they will save themselves from the prospect of spending the rest of their lives wondering if they could have prevented a historic tragedy.
—————-
Lisa Fuller is a former civilian peacekeeper who worked in war zones such as Iraq, South Sudan, and Sri Lanka. Follow her on Twitter: @gigipurple.