Should I go that Neo-Nazi rally to fight back? 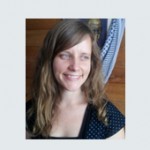 For the full article:
Should I go that Neo-Nazi rally to fight back?
587 Words
By Stephanie Van Hook and Michael Nagler

When we hear that the Neo-Nazi movement is coming to our town, most of us naturally feel called—or pushed– to some kind of action. But not every action is going to be effective, especially if we are walking into a situation where the level of dehumanization is extreme—where people are prepared to harm or kill others. How then can we draw from the power of nonviolence in a situation of escalating violence?

First, we have to understand that nonviolence is strategic, principled, and revolutionary. It answers to the violence around us by offering, in a disciplined manner, its opposite. Nonviolence is by no means passivity. It is not inaction. And, we would include, it should not be shortsighted, reactive action. When using this power we should know what we are taking on and be prepared for encountering hatred without the fear of being overcome by it. Remember, the power of nonviolence comes from not opposing the real well being of anyone, even – or especially – when we have to oppose their actions.

When we choose to go against our “fight or flight” response, we can find creative, nonviolent ways for responding to “Unite the Right” rallies that do not escalate violent tensions with more violence–whether defensive or offensive. The real answer to violence is not counter-violence, however strongly we’ve been conditioned to believe that, but the demonstration of a counter-force. Human nature is such that even though we may not see the effects of such a demonstration in the short term, it always works under the surface to change the hearts and minds of our opponents – even those deeply conditioned by hate (and feeling deeply inadequate, though they themselves may not be conscious of it).

Here, then, are some of the things we can do.

1. When a hate group is coming to town, instead of directly confronting them and falling into the trap of chaos they want to create, instead of providing them the publicity that blows their importance out of proportion, we can engage in other activities and get the media pointed at those, such as a pro-peace concert or dance contest at the same time as their meeting. Or failing such an alternative, just plain ignore them – the way the good people of Montgomery just ignored a normally terrifying Klan ride in 1958. It shows that we are reclaiming our spaces with humanity and safety while acting together as a mature, loving community.

2. Another creative solution that can deflate the vehemence of a hate rally is to gather the community to donate money to a group like the Southern Poverty Law Center for every square foot covered by the hate group. Turn their gatherings turn into nonviolent, anti-fascist, pro-peace fundraisers.

3. In all this, though, it’s important to not unthinkingly imitate past sensational nonviolent actions or tactics. Each situation is different, and we need to explore what is at stake and plan for a variety of possible outcomes. Maybe we’ll get arrested by the police, but what happens if we don’t? How will we take care of each other if we do? If someone is hurt? If we don’t ask these kinds of questions, we leave the door open to violence, which can only add fuel to the fire.

Make no mistake: nonviolent action takes courage, planning, and intelligence. It’s the best and quite possibly the only way to really counter these manifestations of hatred and ignorance that are disfiguring our society.

~~~~~~~~~~~~~
Stephanie Van Hook writes for PeaceVoice, is Executive Director of the Metta Center for Nonviolence, co-host of Nonviolence Radio, and author of Gandhi Searches for Truth: A Practical Biography for Children.

Michael Nagler writes for PeaceVoice, is professor emeritus at UC Berkeley and co-founder of their Peace and Conflict Studies program, co-host of Nonviolence Radio, and author of The Nonviolence Handbook: A Guide for Practical Action.