Disappeared on the Border: “Chase and Scatter” — to Death 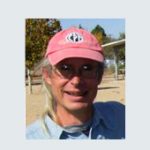 “The sunbaked skull seemed to complement the volcanic rocks that lie strewn around it, haunting in its symmetry….”

For the full article:
Disappeared on the Border: “Chase and Scatter” — to Death
934 Words
By John Heid

“We recognize the weight that the language of disappearance holds; we use it to call attention to the fact that disappearance is not a natural or inevitable phenomenon but rather a direct consequence of US border-enforcement policies and practices.”

— La Coalitión De Derechos Humanos, and No More Deaths, “Disappeared: How the US Border Enforcement Agencies are Fueling a Missing Persons Crisis”

The sunbaked skull seemed to complement the volcanic rocks that lie strewn around it, haunting in its symmetry. Ivory amidst ebony, splayed across the desert floor. The year-round searing heat of the Cabeza Prieta National Wildlife Refuge can do that, bake things into anonymity. Were it not for the vacant eye sockets, we likely would have walked right by these human remains unaware that someone’s life ended there, or nearby. Eerily the eyeless skull faced south.

Joel Smith, Director of Operations for Humane Borders, and I were hiking in the Growler Valley region of the Refuge on our annual maintenance check of loosely-scattered water stations. The region’s austerity is at once beautiful and perilous. The aptly named El Camino del Diablo (Devil’s Highway) cuts a parallel swath across part of valley. There is little shade anywhere, save the occasional Palo Verde or mesquite tree. Teddy bear Cholla, salt and brittlebush, ocotillo and prickly pear cactus provide modest ground cover. The horizon is elusive. One can walk all day and not feel any closer to the mountain just ahead. Time and distance seem like illusions. I have never encountered anyone on my hikes there. Not one.

Joel tried unsuccessfully to summon Border Patrol Agents to report the remains. As dusk approached we planted a blue flag on a high pole marking the site for later recovery. Then we returned to our camp miles away.

Prior to the mid 1990’s, deaths in the desert were rare and usually attributable to vehicular accidents. Today the Sonoran Desert, 100,000 square miles of Arizona, California and Northern Mexico, particularly its remotest areas, is a veritable death trap. “Exposure” or more frequently “undetermined” is listed as cause of death. In late December 2016, humanitarian aid workers initiated an exploratory effort in the vast reaches of the Refuge. Four sets of skeletal human remains were recovered in the first week, in the Growler Valley. Several more were discovered in the ensuing weeks. The border-hugging refuge is a cemetery of the unknown, and unburied.

Since 1999, the Pima County Medical Examiner’s Office has handled more than 2,800 human remains, those who died attempting to migrate through the southern Arizona deserts. Border Patrol reports 6,029 human remains recovered in the same region since the 1990s. Fifty-one bodies have been recorded already this year, with deaths trending between 100 and 250 annually over 10 years. Skeletal remains like those Joel and I encountered are not counted; nor are the deaths of migrants in Border Patrol custody. Estimates of the total number of migrant fatalities vary between three and 10-times the official number of bodies recovered.

This is a dark untold chapter behind this staggering body count, the story of the dead never recovered, the disappeared.

“I’m looking for a disappeared person” was the gist of over 800 phone calls to the Missing Migrant Crisis Line in 2015 alone. A family member is desperately seeking information on the whereabouts of a loved one who has come north from Mexico or Central America—and has not turned up.

The term “disappeared” has generally been associated with people kidnapped by authoritarian regimes and killed without explanation. The United Nation’s definition of “enforced disappearance” now includes state policies which result in persons being disappeared. People don’t just vanish into thin air in the Sonoran Desert. A sophisticated technological network which includes surveillance towers, drones, ground sensors, and cameras work together with an ever-increasing number of Border Patrol agents to create a vast zone of enforcement which pushes people further into formidable, lethal terrain. In effect, the desert becomes a weapon. People do not just disappear. They are disappeared. Their numbers are unknowable, uncountable, and reprehensible—at least in the view of civil society. Even one lost is one too many, let alone thousands. The 1999 “Prevention through Deterrence” enforcement directive which fueled this catastrophe is not only fatally flawed, it is criminal.

Members of La Coalitión De Derechos Humanos and No More Deaths held a press conference near the border fence in Nogales, Arizona last December to announce the publication of their latest abuse report: “Deadly Apprehension Methods, The Consequences of Chase and Scatter in the Wilderness.” The study spotlights one of the US Border Patrol’s more egregious tactics, “Chase and Scatter.”

“Chase” is defined as “the active period of pursuit of border crossers by US Border Patrol agents during an attempted apprehension.” Four-wheelers, horses, and low-flying helicopters—euphuistically called “dusting”—are used to pursue people. The copter hovers directly over people creating a maelstrom of rocks, branches and dust, which scatters people in the chaos. Then the chase ensues.

In 42 percent of more than 500 interviews conducted by La Coalitión de Derechos Humans, people reported members of their group lost to the wilderness by this tactic; 41 percent reported injuries including broken limbs and lacerations. A few individuals are usually apprehended. The rest are scattered, often unable to regroup, fleeing alone into the wilderness. This tactic has contributed to untold numbers of the disappeared. The policy’s title is “Prevention through deterrence.” Human remains are what deterrence looks like.

As I’m writing, I’ve been told that four more sets of human remains were recovered in the Growler Valley last week. There is no end in sight.