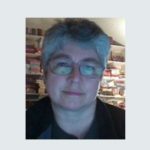 For the full article:
Roof Sentenced to Death
556 Words
By Rachel Halfrida Cunliffe

Dylann Roof was sentenced to death for murdering nine people participating in a Bible study to which he had been welcomed. In a hail of bullets and horror he killed Cynthia Marie Graham, Susie Jackson, Ethel Lee Lance, Depayne Middleton, Clementa Pinckney, Tywanza Sanders, Daniel Simmons, Sharonda Coleman and Myra Thompson.

Roof is a radicalized white supremacist, espousing an ideology and acting violently upon his beliefs. Nothing in the time between the commission of the crime and the trial appears to have been done to de-radicalize him or help him acknowledge the harm he committed.

The initial harm of the killings has rippled out over time affecting everyone who has come in contact with the case. And now the jurors have found themselves seduced into the violence and have determined a death sentence. The sentence will be imposed later this week. Roof has already made his intention to appeal known and has requested counsel.

On the face of it, Roof is a poster-boy for the death penalty. In particular, his remorseless statement of no regret is repulsive and shocking. He appears to show himself to exist beyond the pale of civilized society and thus deserving of permanent exclusion.

However, we might bear these possibilities in mind: first, people in a corner, as they are in capital trials, are in survival mode and it is very hard to get them to think empathetically about those they see as their attackers. This takes huge amounts of imagination, work and commitment on the part of their defense teams – not to mention uncustomary amounts of financial resourcing to work for change in a client. To my knowledge, such investment is extremely rare.

Second, young men are frequently afraid of prison and what may happen to them there. Other prisoners will hear what Roof said and he may see his statements of no regret as a way to appear tough and dangerous which he may believe will engender respect.

Third, people on death row live in secure housing. Roof may believe his risk of being executed legally is less than of being attacked and perhaps killed in general population – and he may be right to do so. He may well have realized remorselessness would alienate the jurors like nothing else. Research shows a robust increase in punitiveness in such cases.

Fourth, Roof may have mental abnormalities or conditions which affect his ability to empathize and humanize. We might consider these mitigating as to culpability even if he is still guilty of a terrible crime with tragic outcomes. One might also say that the ability to commit such an atrocious crime is evidence of such a problem.

Finally, empathy can be developed and nurtured, at least in some degree, even in those with severe mental deficiencies. But it takes time. Roof is very young. In due course, under the right conditions he might be brought to a fuller acknowledgement of the harm he has done and then could participate in restorative justice and reparative initiatives such as facilitated serious violence dialogue with victim’s survivors, or community service, or work and have his wages garnished for restitution.

A death sentence will almost certainly prevent such opportunities and is a resort of hopelessness and lack of faith in change and redemption surely far from the values of the religion followed by those who died.
~~~~~~~~~~~~~~
Rachel Halfrida Cunliffe is a Conflict Resolution professor and researcher with a focus on restorative justice and on nonviolent responses to very severe interpersonal violence.