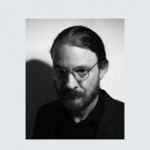 “Imagine if the Islamic Republic of Iran, complaining that its regional rival Saudi Arabia was meddling in a neighbor’s politics for sectarian reasons, led a coalition to invade that country. As a result…”

For the full article:
The Tragedy in Yemen
495 Words
By Derek Royden

Imagine if the Islamic Republic of Iran, complaining that its regional rival Saudi Arabia was meddling in a neighbor’s politics for sectarian reasons, led a coalition to invade that country. As a result, after 18 months, at least 10,000 civilians had been killed or wounded, more than half the country’s people needed food aid and three million people had been displaced.

Sanctions would be leveled. Pundits would write agonized essays comparing the country to Nazi Germany. Sabers would be rattled. War would likely follow. However, when these roles are reversed and the Saudis and their Gulf allies are the aggressors, it’s a different story.

Why the double standard? Because the US is allied to the Saudi royals and the US was evicted from Iran. When a friend commits a war crime, excuses are made.

The numbers above are estimates made by the UN for the ongoing conflict in Yemen, led by Saudi Arabia with significant help from the United States and Great Britain. The stated purpose of the intervention in the country is to fight Houthi forces from the north who are allied with former President Saleh.

The Houthis, most of whom are followers of the Zaidi branch of Shia Islam, took the country’s capital Sanaa on September 21st, 2014, forcing then-President Mansur Al-Hadi to flee, first to Aden and then on to Saudi Arabia. The argument made by the Saudis and their coalition partners, that the Houthis are Iranian proxies, is dubious at best but it’s being spread in western media as flat-out fact, allowing governments to turn a blind eye to the tragedy unfolding in the country.

Besides intelligence and targeting assistance provided to the Saudis in Yemen, since 2010 the US has sold $60 billion in arms to the country, an absolute monarchy with one of the worst human rights records in the world. Human rights groups have concluded that these weapons, including cluster munitions banned in most countries, have been used indiscriminately against civilian targets including markets, schools and hospitals.

Finally, after a year and a half of this, some in the US Congress found the political will to take a stand on this carnage. A bipartisan resolution in the US Senate co-sponsored by Chris Murphy (D-Connecticut) and Rand Paul (R-Kentucky) was crafted to block a new deal supplying the Kingdom with a further $1.15 billion in arms. Although having the vote at all showed some progress on this issue, it was defeated by a vote of 71-27 on September 21st.

The American people have a moral responsibility to contact their representatives and demand they vote to end their government’s support of the illegal intervention in the poorest country in the Middle East. Those who don’t care about the country’s suffering need to remember it’s also an issue of national security as both Al Qaeda in the Arabian Peninsula (AQAP) and Yemen’s newly established ISIS affiliate are growing in the chaos, something that should worry the whole world.
~~~~~~~~~~
Derek Royden is a writer based in Montreal, Canada.