Bridges, Not Walls, Foster Peace and Security as Refugees Arrive 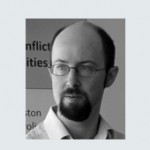 “The mass shooting in Orlando this week reignited the battle over immigration of Muslims, despite the fact that the perpetrator was born in the United States. As refugees flee war-torn countries seeking safety…”

For the full article:
Bridges, Not Walls, Foster Peace and Security as Refugees Arrive
692 Words
By Jeff Pugh

The mass shooting in Orlando this week reignited the battle over immigration of Muslims, despite the fact that the perpetrator was born in the United States. As refugees flee war-torn countries seeking safety, some politicians in the West have warned these newcomers to stay out. The presumptive Republican presidential nominee said in response to the Orlando shooting that, if elected, he would ban immigrants from areas of the world in which terrorism toward the United States or its allies have occurred. Leaders like this believe that allowing immigrants to enter and coexist with citizens might lead to vulnerability if any has harmful intentions. Peace and security, however, are easier to achieve by building bridges than by erecting walls. Excluding foreigners leads to more insecurity, not less.

Calls for the exclusion of refugees ignore basic principles of human dignity while undermining the goal of keeping citizens safe. Extremists have used video clips of U.S. politicians’ xenophobic rhetoric as a recruiting tool, trying to convince Muslims that the United States will never welcome them, and that violence is the only way to deal with Westerners.

According to the Migration Policy Institute, of more than 784,000 refugees admitted to the United States since September 11, 2001, only three have been arrested and charged with terrorism-related crimes. All are in jail, and none were shown to be involved in a credible threat to the U.S. homeland. In Europe, the Paris and Brussels terrorist attacks were largely carried out by nationals, not foreigners, indicating that addressing injustices and promoting positive relations among groups already in the country may be more important than excluding groups from entering. Refugees are not all angels, but foreigners generally commit fewer violent crimes than native citizens, and the proper response is good law enforcement and intelligence, not blanket exclusion. The current refugee resettlement program already includes year-long security vetting measures that use extensive country-of-origin information to verify the details of refugees’ stories.

Security is not a zero-sum game: my feeling safe does not require you to feel less secure. Rather, security is stronger when it rests on a foundation of peaceful coexistence and justice. This dynamic depends on mutual trust, and on seeing others as humans who are equally deserving of life and dignity. When we see people from other countries as individuals rather than as faceless members of a ‘wave’ or ‘invasion’ of migrants, we are less likely to assume that they are threatening. In the words of Brookings’ William McCants, “If our enemies succeed by eroding our empathy for one another, we will succeed by reinforcing and expanding it.”

In a recent survey that graduate student Christopher Monteiro and I conducted at the University of Massachusetts Boston, we found that Americans who interacted daily with migrants had greater trust and more positive attitudes toward migrants in general, and less desire to prevent them from entering the country than those who interacted with foreigners less frequently. This finding is consistent with a wealth of previous research showing that strong, personal, equal-status relationships promote peaceful coexistence and reduce xenophobia.

Personal stories in the media can also reduce dehumanization and increase feelings of solidarity. The heartbreaking photo of three-year-old Aylan Kurdi, a Syrian child found lifeless on a Turkish beach, galvanized sympathy in the West. This one poignant image changed the narrative about Syrians by reminding the world of our shared humanity. Such surges of sympathy and understanding are often temporary, however. They cannot replace sensible structural reforms nor meaningful relationships fostering coexistence, which still offer more sustainable protections against prejudice.

When people feel threatened, our tendency is to hunker down in fear, assume the source of danger lies among those who are different from us, and try to exclude those people from our communities. Instead of making anyone safer, though, this reaction pushes people who are already victims back into a dangerous situation, reinforces the divisive rhetoric of those who benefit from hatred, and increases the risk that violence will escalate. This ultimately causes greater harm and instability. As we search for policy solutions to the current migration and refugee influx, we would all be better served building bridges rather than walls.
~~~~~~~~~~~~~~~

Jeff Pugh is Assistant Professor and Director of Graduate Conflict Resolution Programs in the McCormack Graduate School of Policy & Global Studies at the University of Massachusetts- Boston and writes for PeaceVoice.