A derailed oil train opens the path for living democracy 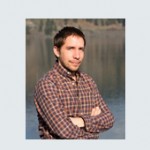 For the full article:
A derailed oil train opens the path for living democracy
800 Words
By Patrick T. Hiller

Last week a train carrying crude oil in 14 tankcars derailed in the tiny river town of Mosier, Oregon—42,000 gallons spilled, 32,000 gallons burned, and 10,000 gallons clogged the municipal wastewater plant. As horrible as it is, the community of Mosier and everyone depending on the Columbia River got lucky. Something potentially catastrophic like the 2013 Lac-Mégantic rail disaster in Quebec, Canada (an explosion, 47 people died, half the town burned down and the rest is now a toxic wasteland) could have occurred in my neighboring town, to my friends, and to their children who were in school just 250 yards away at the time of the derailment. This is well within the potential blast zone, had the tankers exploded. In fact, the entire town of Mosier is within that zone. The advocacy organization STAND calculated that 259,698 students in 748 schools in Oregon and Washington are situated in blast zones. Instead of having to evacuate our children from school – the most fortunate scenario in a disaster – we have to work toward not exposing them to such dangers. But what can we do; aren’t we powerless? Aren’t the decisions made above our heads? Don’t we need the trains to satisfy our consumptive needs? Don’t we just have to live with the risks? The Mosier train disaster provides us with the challenge and opportunity to answer these questions and strengthen our democracy.

How? First of all, elections matter. However, by focusing only on elections, we are stuck in what Frances Moore Lappé calls “Thin Democracy.” The way it is practiced now in our country is an increasing concentration of wealth and power into an elite. A Princeton and Northwestern University study found that “economic elites and organized groups representing business interests have substantial independent impacts on US government policy, while mass-based interest groups and average citizens have little or no independent influence.”

Democracy is more than a form of government. Lappé talks about Living Democracy, where citizen participation is ongoing and vital. She writes that that Living Democracy is based on the premise that each individual’s voice, choices, and actions make a difference. Citizens share responsibility for public problem-solving. Public engagement is expected. We have roles we play as workers, employers, students, educators, parents, voters, and consumers—we “vote” in all those roles. When citizens decided that it was best for their communities and economies to prevent large multinational corporations to expand box stores or extract water, they have prevailed. Just ask Walmart and Nestle how their “take-over” of Hood River and Cascade Locks respectively – a few miles downriver of Mosier – went. Citizens engaged deeply, said “no” repeatedly, and stopped those unwanted projects.

These nonviolent grassroots efforts are effective forms of participating in democracy at every level. Think about the Civil Rights Movement, the current climate change movement, women’s voting rights, LGBT rights, or the fact that the drilling in the Arctic will not take place for the time being – those are success stories of nonviolent activism and organizing. There is an increasing body of evidence from my field of peace and conflict studies that nonviolent activism is the most effective driver of lasting change.

To be clear, I cannot offer the perfect solution to what I call the oil train dilemma. Immediate steps proposed by the environmental protection organization Columbia Riverkeeper certainly revolve around taking care of the community of Mosier and stopping further oil trains. The organization correctly connects the dots of our individual and collective need to respond to global warming and the role that fossil fuels play. There will be accusations of hypocrisy for driving a car and using oil-based products while challenging oil trains and pipelines. A car and many of our Wester 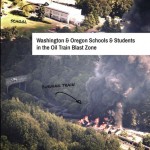 n privileges should not exclude us from challenging dangerous practices or even the systems within which we live. Very few humans have this kind of purity that qualify them to disagree with dangerous and unsustainable practices. If purity is the bar, that is the end of democracy—and our children’s future.

Living democracy requires and allows us to step out of such thought-traps. We have opportunities listen, to educate, to learn. We can solve problems collaboratively and creatively. We can transform conflicts constructively. We can change our own behavior and we can change systems. It is already happening in Mosier. At a gathering with Pacific Northwest tribal leaders from the Yakama, Umatilla, Warm Springs, and Lummi Nation, Columbia Riverkeeper, Robert F. Kennedy Jr. from the Waterkeeper Alliance, and others, Mayor Arlene Burns stated: “Mosier is very lucky to be alive, and indeed we are alive, and inspired to be a voice for change.”
I could not agree more. I don’t want my friend to have to evacuate his children from school anymore. I don’t want anyone to have to do that.
~~~~~~~~~~~
Patrick. T. Hiller, Ph.D., Hood River, is syndicated by PeaceVoice, is a Conflict Transformation scholar, professor, on the Governing Council of the International Peace Research Association, member of the Peace and Security Funders Group, and Director of the War Prevention Initiative of the Jubitz Family Foundation.