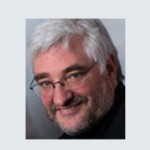 “Daniel Berrigan has died, and so we have lost our great teacher who, flinty and generous and relentlessly persistent, taught us how to live in a culture of death and madness:“Find some people you can pray with and march with.””

For the full article:
Remembering Daniel Berrigan, with Gratitude
718 Words
By Ken Butigan

Daniel Berrigan has died, and so we have lost our great teacher who, flinty and generous and relentlessly persistent, taught us how to live in a culture of death and madness:

“Find some people you can pray with and march with.”

He pronounced this simple sentence at the end of a mesmerizing three-hour conversation he and I had in his simple Manhattan apartment in 1981. Ricocheting through my unsuspecting soul, this unadorned command dramatically changed my life.

I was a graduate student studying theology at the time, and our wide-ranging exchange was bracing and breathtaking, but the gift that was Dan Berrigan distilled itself into those ten words, compressing spiritual search, community, faith, and action into a pointed moment of decision. Over the next few months I let that invitation settle into my being until I was ready to unswervingly say “Yes” to it. Berrigan’s simple but profound haiku marked out a way forward for me and, more incisively, a beckoning new way of being.

But by the early 1980s, this had been the case for many, many others.

Dan had instructed people everywhere on a life beyond the script handed out by a system that thrives on war and cruelty. We are called to live nonviolence and peacemaking, he told us, with his words—in 40 books and endless poetry—but especially through his communicative action. Using the most powerful language at his disposal, his own vulnerable and creaky body, he unleashed a decades-long conversation with his society with every act of civil disobedience and divine obedience.

There was drama and surprise in these pilgrimages for peace, where he joined others in publicly calling out the well-oiled machinery of war and how almost everything conspires to keep it running. He wanted to interfere with its smooth functioning, its 24-7 relentlessness, and he found many ways to do this, from burning draft files to hammering on the gadgetry of nuclear annihilation. These vignettes were shocking in the way that Flannery O’Connor’s grotesque literary characters were—designed to shock us into recognition and awareness, and to compel us to consider things anew.

Dan stood in a tradition of impresarios of vivid enlightenment, going back to the Hebrew prophets and Jesus—but also the Buddha and a long lineage of mystics and shamans in innumerable cultures and contexts—who have taken it upon themselves to stand in the withering glare of history and declare with their lives a profoundly better way.

I now see that this is what I was looking for when I made my way to his place, that summer day 35 years ago.

Researching the consequences of the nuclear arms race for a book project, I had traveled from California where I was based to the East Coast to visit a number of foreign policy think tanks. No one I spoke with could envision a world free of atomic weapons. At most, they thought we might be able to cut back on nuclear weapons by dramatically increasing conventional ones. Each appointment left me more and more depressed, and finally, when I arrived in New York, I suddenly thought to call Dan. I was in need of some pastoral counseling on the matter of nuclear weapons, and who better to see? He didn’t know me, but he graciously welcomed me to his place in Manhattan.

For several hours, he shared with me his vision, which essentially boiled down to this: “We live in a culture of death — and it is up to us to resist it.” There was a lifetime of experience behind these words and I felt the weight of them. Then, as we were coming to the end of our time, I said, “Dan, I’m going back to the West Coast. What can I do for you?” And then he delivered the unexpected missive: “Don’t do anything for me. Find some people you can pray with and march with.”

Dan, that handful of syllables hit their mark all those years ago, and I have done my best to practice them. Following orders, I did as you asked—and my life took an unexpected detour onto a road of nonviolent transformation that I am still, in fits and starts, traveling. I am grateful for your pilgrimage and the one it inspired in me and countless others.
~~~~~~~~~~~~~~