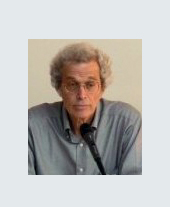 “Isn’t it rather odd that America’s largest single public expenditure scheduled for the coming decades has received no attention in the 2015-2016 presidential debates? The expenditure is for a 30-year program to “modernize” the U.S. nuclear arsenal and production facilities. Although President Obama began his administration with a dramatic public commitment to build a nuclear weapons-free world, that commitment has long ago dwindled and died.”

For the full article:
The Trillion Dollar Question
857 words
By Lawrence S. Wittner

Isn’t it rather odd that America’s largest single public expenditure scheduled for the coming decades has received no attention in the 2015-2016 presidential debates?

The expenditure is for a 30-year program to “modernize” the U.S. nuclear arsenal and production facilities. Although President Obama began his administration with a dramatic public commitment to build a nuclear weapons-free world, that commitment has long ago dwindled and died. It has been replaced by an administration plan to build a new generation of U.S. nuclear weapons and nuclear production facilities to last the nation well into the second half of the twenty-first century. This plan, which has received almost no attention by the mass media, includes redesigned nuclear warheads, as well as new nuclear bombers, submarines, land-based missiles, weapons labs, and production plants. The estimated cost? $1,000,000,000,000.00—or, for those readers unfamiliar with such lofty figures, $1 trillion.

Critics charge that the expenditure of this staggering sum will either bankrupt the country or, at the least, require massive cutbacks in funding for other federal government programs. “We’re . . . wondering how the heck we’re going to pay for it,” admitted Brian McKeon, an undersecretary of defense. And we’re “probably thanking our stars we won’t be here to have to have to answer the question,” he added with a chuckle.

Of course, this nuclear “modernization” plan violates the terms of the 1968 nuclear Non-Proliferation Treaty, which requires the nuclear powers to engage in nuclear disarmament. The plan is also moving forward despite the fact that the U.S. government already possesses roughly 7,000 nuclear weapons that can easily destroy the world. Although climate change might end up accomplishing much the same thing, a nuclear war does have the advantage of terminating life on earth more rapidly.

This trillion dollar nuclear weapons buildup has yet to inspire any questions about it by the moderators during the numerous presidential debates. Even so, in the course of the campaign, the presidential candidates have begun to reveal their attitudes toward it.

On the Republican side, the candidates—despite their professed distaste for federal expenditures and “big government”—have been enthusiastic supporters of this great leap forward in the nuclear arms race. Donald Trump, the frontrunner, contended in his presidential announcement speech that “our nuclear arsenal doesn’t work,” insisting that it is out of date. Although he didn’t mention the $1 trillion price tag for “modernization,” the program is clearly something he favors, especially given his campaign’s focus on building a U.S. military machine “so big, powerful, and strong that no one will mess with us.”

His Republican rivals have adopted a similar approach. Marco Rubio, asked while campaigning in Iowa about whether he supported the trillion dollar investment in new nuclear weapons, replied that “we have to have them. No country in the world faces the threats America faces.” When a peace activist questioned Ted Cruz on the campaign trail about whether he agreed with Ronald Reagan on the need to eliminate nuclear weapons, the Texas senator replied: “I think we’re a long way from that and, in the meantime, we need to be prepared to defend ourselves. The best way to avoid war is to be strong enough that no one wants to mess with the United States.” Apparently, Republican candidates are particularly worried about being “messed with.”

On the Democratic side, Hillary Clinton has been more ambiguous about her stance toward a dramatic expansion of the U.S. nuclear arsenal. Asked by a peace activist about the trillion dollar nuclear plan, she replied that she would “look into that,” adding: “It doesn’t make sense to me.” Even so, like other issues that the former secretary of defense has promised to “look into,” this one remains unresolved. Moreover, the “National Security” section of her campaign website promises that she will maintain the “strongest military the world has ever known”—not a propitious sign for critics of nuclear weapons.

Only Bernie Sanders has adopted a position of outright rejection. In May 2015, shortly after declaring his candidacy, Sanders was asked at a public meeting about the trillion dollar nuclear weapons program. He replied: “What all of this is about is our national priorities. Who are we as a people? Does Congress listen to the military-industrial complex” that “has never seen a war that they didn’t like? Or do we listen to the people of this country who are hurting?” In fact, Sanders is one of only three U.S. Senators who support the SANE Act, legislation that would significantly reduce U.S. government spending on nuclear weapons. In addition, on the campaign trail, Sanders has not only called for cuts in spending on nuclear weapons, but has affirmed his support for their total abolition.

Nevertheless, given the failure of the presidential debate moderators to raise the issue of nuclear weapons “modernization,” the American people have been left largely uninformed about the candidates’ opinions on this subject. So, if Americans would like more light shed on their future president’s response to this enormously expensive surge in the nuclear arms race, it looks like they are the ones who are going to have to ask the candidates the trillion dollar question.
~~~~~
Dr. Lawrence Wittner, syndicated by PeaceVoice, is Professor of History emeritus at SUNY/Albany. His latest book is a satirical novel about university corporatization and rebellion, What’s Going On at UAardvark?