Donald Trump—From One Tyrant to Another 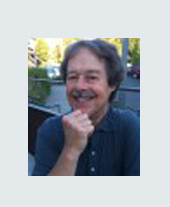 “One thing I discovered long ago about tyrants: they love other tyrants. They’re a mutual admiration/suffering society. When one succeeds by extinguishing dissent, the others applaud; and when one falls, the others cringe.”

For the full article:
Donald Trump—From One Tyrant to Another
460 words
By Mel Gurtov

One thing I discovered long ago about tyrants: they love other tyrants. They’re a mutual admiration/suffering society. When one succeeds by extinguishing dissent, the others applaud; and when one falls, the others cringe.

Donald Trump is a tyrant in thin disguise. He’s always talking about the people who have the least interest in supporting him as though they really love him. Mexicans “love me,” he says; so do Indians, Jews, non-terrorist Muslims, Chinese, Russians, Japanese, Germans. In fact, Trump will unify them all, he promises. Of course they mostly loathe him, just as Trump loathes all of them, as well as many other non-white groups. What is most revealing, however, are the people Trump admires, such as Vladimir Putin, Saddam Hussein, and Moammar Qaddafi—dictators who, Trump has said, know how to eliminate troublemakers and terrorists. Sure they kill lots of innocent people, but you have to admire their grit.

What Trump specifically admires about tyrants is their willingness to use their power to stay in power. Putin, for instance, wins Trump’s applause for dealing decisively with ethnic dissenters, critical journalists, and uncooperative businesspeople—and he evidently sees in Trump his mirror image. Thus as president Trump thinks he would be able to strike a deal with Putin, since tough guys speak the same language. Trump must surely have laughed at George W. Bush for believing that he had looked into Putin’s “soul” and found something likeable and trustworthy.

The same goes for China’s leaders, whom Trump otherwise detests and is sure he can outsmart. They have his admiration for cracking down on protesters at Tiananmen in 1989. He once told an interviewer: “the Chinese government almost blew it. Then they were vicious, they were horrible, but they put it down with strength. That shows you the power of strength.”

Looking into Trump’s soul, we see a truly authoritarian personality, someone who will bring the same no-nonsense skills he applies in the business world to the White House. As president, Trump can be expected to keep his own counsel, downgrade expertise, issue orders without consultation, ignore Congress and the law, recklessly conduct foreign affairs, and pay no heed to minorities, women, unions, the press, NGOs, Democrats, and (oh yes) most Republicans. He will insult people willy-nilly and humiliate anyone who gets in his way. He will attack every criticism as a lie, but have no compunctions about lying to push across his ideas. His every audacious act will be carried out in the name of restoring American strength after decades of weakness.

The worst of it all is that for perhaps one-third of the American electorate, and perhaps more, this description of Donald Trump is very appealing. But I remain convinced that, like the tyrants he admires, Trump will fall.
—————————-end–
Mel Gurtov, syndicated by PeaceVoice, is Professor Emeritus of Political Science at Portland State University and blogs at In the Human Interest.