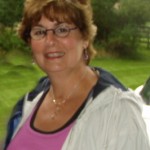 “Many are hoping in this new year that the killing of unarmed African Americans by police officers will stop, but the situation does not seem to be improving. For those of us in the Chicago area, for example, it seems to be getting worse, and so we must ask what can be done?”

Many are hoping in this new year that the killing of unarmed African Americans by police officers will stop, but the situation does not seem to be improving. For those of us in the Chicago area, for example, it seems to be getting worse, and so we must ask what can be done?

There is a path forward. People are taught to be racist; they are not born that way. The same goes for people who are violent. Humans are naturally more cooperative than violent, despite the myth of our violent ancestors. Racism does not have to exist, and neither does endemic violence. The killing of black people could be stopped with specific additions to education and training. Police officers can be taught about the concept of “race” which is an invented social construct, not a biological reality. Police officers can also be taught conflict resolution strategies that allow them to “keep the peace” rather than add to the disruption of it. These changes could produce incredibly positive results if we simply decide to do what is necessary.

Unfortunately, because we have not done what is necessary, the killings have continued. Just last week, Chicago mayor Rahm Emanuel cut his family vacation short and returned to the city five days early because two more unarmed black Chicago citizens were killed by a police officer. A mentally ill young man was shot and killed in his home after police were called, but a 55-year-old grandmother, Bettie Jones, who opened the door for the police, was also shot and killed. To deal with this situation, Mayor Emanuel is proposing two changes for police: carrying Tasers and training in de-escalating conflict.

These proposed changes are hard to believe – not because they are bad ideas, but because now in 2016 and three years into the “Black Lives Matter” movement – the fact that Chicago police do not have access to non-lethal weapons like Tasers demonstrates the obvious lack of financial commitment and inadequate attention to this issue. Similarly, the “new” idea of training in conflict de-escalation or conflict resolution for police just now being suggested by the mayor comes too late for too many. This should be a sharply defined lesson for the entire U.S.

The national rhetoric after the killing of a black person often centers around providing better mental health care in our country or training our police officers to interact effectively with mentally ill citizens, but what about teaching officers how to de-escalate rather than escalate conflict situations? Police must be educated if all these needless killings are going to stop.

The sociology of race is a course taught on most college campuses across the country, which could be adapted for police academies. People often do not understand the concept of race as an invented construct, with no basis in biology. Our country still feels the reverberations of slavery and Jim Crow in the criminal justice system and in the school-to-prison pipeline, outlined so well in Michelle Alexander’s “The New Jim Crow” (2010). The well-known article by Peggy MacIntosh “White Privilege: Unpacking the Invisible Knapsack, ” could also be required reading in police academies. Is there some harm in that?

Similarly, police academies should include curriculum about how to prevent, resolve and contain conflict. Based on their work with the Harvard Negotiation Project, Bill Ury and Roger Fisher have offered techniques that can be applied by everyone from children to business people in “Getting to Yes: Negotiating Agreement without Giving In” (2011) and “The Third Side: Why We Fight and How We Can Stop” (2000). Teaching cooperation can be straightforward, and the steps to master are not complicated. Middle school students can be taught to be excellent peer mediators who apply concepts of bridge-building, mediation, witnessing, and healing with their peers and in their own lives. Ordinary people can quite easily be given simple steps to take in order to get along with others. If middle school students and everyday citizens can learn to de-escalate, so can police officers.

Imagine how much education and training in race relations and conflict resolution could be done for Chicago police officers with the $5 million payout to the family of Laquan McDonald for his October 2014 killing by Officer Jason Van Dyke. Money spent on education to stop incidences like this from happening is money well spent.
According to the Washington Post on January 6, 2016, “. . . [in 2015] police killed blacks at three times the rate of whites when adjusted for the populations where these shootings occurred. And although black men represent 6 percent of the U.S. population, they made up nearly 40 percent of those who were killed while unarmed.” The time has come to address the killing of black people by white police officers. Education is the key. Let’s begin.
~~~~~~~~~~~~~~~
Ellen Lindeen, syndicated by PeaceVoice, is an Associate Professor of English at Waubonsee Community College where she teaches Peace Studies & Conflict Resolution and Human Rights & Social Justice.