If Mental Illness Is the Problem, America Is Mentally Ill 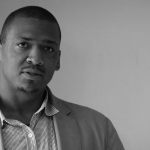 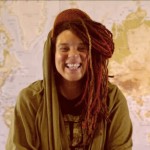 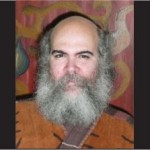 “2015 was a year of exceptionally overt police violence against black folk and tragic mass shootings. A common response to these events has been that they are the result of “sick” individuals. Many conservatives have suggested that the shooters were mentally ill: that the problem was a proliferation of bad people, not a proliferation of guns. When, however, the murderers happen to be people “of color,” the narrative often changes to one of terrorism and extremism (though the NRA position remains consistently pro-gun, even defending the rights of the San Bernadino terrorists to acquire their weaponry).”

For the full article:
If Mental Illness Is the Problem, America Is Mentally Ill
903 words
By Dave Ragland with Matt Meyer and Natalie Jeffers

2015 was a year of exceptionally overt police violence against black folk and tragic mass shootings. A common response to these events has been that they are the result of “sick” individuals. Many conservatives have suggested that the shooters were mentally ill: that the problem was a proliferation of bad people, not a proliferation of guns. When, however, the murderers happen to be people “of color,” the narrative often changes to one of terrorism and extremism (though the NRA position remains consistently pro-gun, even defending the rights of the San Bernadino terrorists to acquire their weaponry).

In fact, according to the US Department of Health and Human Services, just three-five percent of violent acts are attributable to mental illness. And in fact, police have frequently simply treated nonviolent mental illness as a capital offense requiring instant lethal force.

But what about inciting people to violence? We should not fail to recognize the systemic interplay between race, class, NRA lobbying, and gun-related deaths. The myth of black criminality is conveniently used to replace an institutional analysis of what is wrong with our country. These myths, both for police and for the majority of Americans, justify summary executions, the refusal of police to acknowledge the wrong-doings of fellow officers, and the courts’ general unwillingness to hold individual officers accountable, opting instead to prop up a system of cover-up, delay, and denial. The rare exceptions boldly highlight the rule.

America is literally violently ill. This society is feverish on the valorization of violence. Victims of violence – speaking out and demanding accountability for racism (such as in Charleston or Ferguson), or regarding violent sexism (as in Planned Parenthood) – are blamed as the cause. This ‘blame culture’ is a symptom of America’s frankly sick relationship to violence.

In order for healing to occur, we must trace our disease back to its sources, which include: The slave-owning colonies that revolted against the British created a “democracy” for whites only. Since America’s founding, whites have used widespread violence against blacks, indigenous populations, and women to gain free labor and land. Civil Rights law professor Michelle Alexander chronicles the continuation of slavery from slave patrols to our current prison system, which disproportionately incarcerates Blacks and Latinos. It seems our denial of the past leads us to denial of the present crisis.

Without facing our shared history frankly, including greater attempts to make amends, we cannot expect anything different from our future. To be clear, the authors do not support any violence. Having said that, history shows that, for example, Black Panthers who invoked their Second Amendment right to bear arms faced extraordinary, illegal, state-sponsored repression while armed white vigilantes were allowed to carry assault weapons at Ferguson protests. Why the double standard? Is it possible that guns in public places are always in the wrong hands?

It is no coincidence that this year of violence and fear was also marked by a huge increase in gun sales, stoked by politicians who suggest that survival of the American status quo is dependent on being armed against black, brown, immigrant, Muslim, and other “categories” that engender fear from impressionable white Americans. Yes, caution is important, but if we went by the statistics, perhaps we would disband all sports, or emasculate all men—they are the rapists and molesters of little girls, after all. But in America, we value each individual—we don’t judge them by what “race,” religion, class or other category into which they were born.

While many Americans try to protect some tiny bit of existential comfort gained in part from injustice, countless others are humiliated, discriminated against, jailed and killed through violent policing and the consequences of being born the wrong race and class. We are all, however, born into a systemic culture of silence and denial, trained to overlook how – from the beginning – militarization has mixed with money and racial matters to build this world-class empire.

America is ill, and the cause is the ingrained violence that comes from racism, materialism, sexism, economic injustice and beyond. We must, as a nation, cure this illness before it becomes terminal. In Dr. Martin Luther King’s 1967 speech, he urged that America needed “a radical revolution of values” – exhorting us to move toward a “person-oriented” society rather than being “thing-oriented.” The radical truth-telling coming from Ferguson offers a remedy for the rest of this nation. Transparency, accountability and confronting the powers that be (and our own neighbors as well when needed) is, as Intercultural Communications scholar Imani Scott suggests, our only real hope for peaceful survival.

We must ask ourselves at this moment in history, what kind of nation are we to become? Will we continue to choose money and profit instead of the lives of many of its citizens? When we are told that it is ‘reasonable’ to shoot and kill a 12-year-old children like Tamir Rice holding a toy gun in a park, when we face a consistent string of non-indictments of police officers engaged in racially motivated violence, when Congress refuses to end the ban on research of mass shootings, it seems that a resounding “yes” is our sad answer.

If we cannot and do not speak the truth telling about today’s crimes against humanity, then the U.S. will not head towards a long and much-needed march towards recovery, healing, and true democracy. May 2016 open our hearts to the best of who we are and can be together.
~~~~~~~~~~~~~~
Dr. David Ragland is from North St. Louis, MO, writes for PeaceVoice, and is a Professor of Education at Juniata College. Natalie Jeffers is an educator, activist and the Founder/ Director of Matters of the Earth. Matt Meyer is an educator, author, and co-founder of the Peace and Justice Studies Association.