What’s Missing from the Presidential Debates? 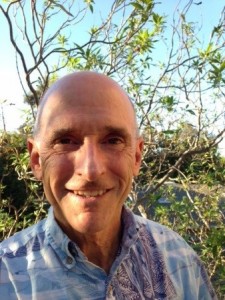 “I have learned a great deal from the presidential debates held thus far this season (four Republican, one Democratic to date). I have learned about the candidates’ experiences and positions on the issues, as well as about the different ways they communicate their views. I have appreciated the questions posed by the moderators as well as by members of the public, but something’s missing from all of the exchanges.”

For the full article:
What’s Missing from the Presidential Debates?
548 words
By Andrew Moss

I have learned a great deal from the presidential debates held thus far this season (four Republican, one Democratic to date). I have learned about the candidates’ experiences and positions on the issues, as well as about the different ways they communicate their views. I have appreciated the questions posed by the moderators as well as by members of the public, but something’s missing from all of the exchanges.

Despite the plethora of pre-debate and post-debate commentary on the candidates’ performances, I do not recall hearing or seeing much commentary about the kinds of questions posed to the candidates. As someone who taught college writing and literature classes for several decades, I have gained respect for the power of a good question, for its capacity to serve as a window opening onto new possibilities of understanding. So let me illustrate my concern with a single example from the Democratic presidential debate on October 13:

CNN’s Anderson Cooper posed the following question to Senator Bernie Sanders of Vermont: “Senator Sanders, tell an American soldier who’s watching right now tonight in Afghanistan why you could be Commander-in-Chief given that you applied for conscientious objector status.” Sanders answered that he applied for C.O. status because he opposed the policies that led the U.S. into the Vietnam War. On the other hand, he supported the war in Afghanistan and other U.S. military actions, including air strikes in Syria.
As Sanders explained, “I happen to believe, from the bottom of my heart, that war should be the last resort; that we have got to exercise diplomacy, but, yes, I am prepared to take this country into war if that is necessary.”

Cooper’s question elicited important information from Sanders about his views. What if Cooper also asked a different kind of question: “How do we avert wars?” This kind of question could open up a broader set of possibilities – certainly broader than information about a candidate’s willingness to use military force.

A broader question could get candidates and viewers not only to identify the threats we see to our national security but also to think about what national security is in the first place. It might get us thinking about the kinds of conditions (economic, political, cultural, and environmental) that make us feel secure or insecure on our own soil. In addition, it might lead to other questions: Why, for example, does any one nation need more than 650 military bases in 38 countries around the world? (Some experts put that number at more than 800.)

These questions are not abstract or speculative. More than 6,800 Americans have lost their lives in the Iraq and Afghanistan wars. More than 970,000 veterans’ disability claims have been filed with the VA for injuries sustained in those wars. The claims cover a wide range: from shrapnel wounds and brain trauma to the loss of limbs and post-traumatic stress disorder. Moreover, there are record suicide rates: as much as 50 percent higher for Iraq and Afghanistan veterans than for the general population.

Before we put our soldiers in harm’s way, we should be asking the candidates the right kinds of questions: not just the so-called “tough” questions that evoke dramatic performances, but the creative, open-ended questions that get us all thinking about alternatives to war and violent conflict.
~~~~~~~~~~~~~~~~
Andrew Moss, syndicated by PeaceVoice, is an emeritus professor from the California State Polytechnic University, Pomona, where he taught a course, “War and Peace in Literature,” for 10 years.