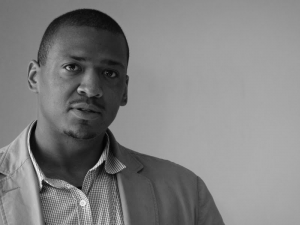 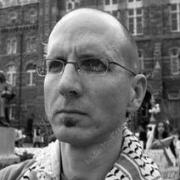 “Recent grassroots mobilization against police killings of African Americans has thrust a long-standing pattern of racial violence into the consciousness of the world. There is nothing new about state violence against African Americans: from slave patrols, fugitive slave laws, and the Klan/state violence of Jim Crow, right up to today’s racial profiling, stop and frisk, mass incarceration, and shoot-first practices, the segregation and racial oppression of the US has always been maintained by violence.”

For the full article:
Ferguson, America, and moving forward toward truth
723 words
By David Ragland and Mark Lance

Recent grassroots mobilization against police killings of African Americans has thrust a long-standing pattern of racial violence into the consciousness of the world. There is nothing new about state violence against African Americans: from slave patrols, fugitive slave laws, and the Klan/state violence of Jim Crow, right up to today’s racial profiling, stop and frisk, mass incarceration, and shoot-first practices, the segregation and racial oppression of the US has always been maintained by violence.

Establishment response to this movement typically fall into one of two camps: either, the condescending hostility of “all lives matter,” “blue lives matter,” “black on black violence”, and other Fox News talking points, or city, state, and national commissions, designed to implement top-down reforms around issues like fine-based revenue generation, racial profiling, police training, or the use of body cameras. The former amounts to a refusal to confront, if not outright denial of, our racist history; while the latter have been mild, reformist, and not translated into meaningful change.

So far in 2015, according to a count by The Guardian, 862 people have been killed by police in the U.S., with blacks killed at a rate more than double that of whites. But even apart from ineffectuality, there is a basic orientation that top-down reform shares with blame-the-victim backlash: both ignore and disempower communities on the front lines of these assaults. Experts on both sides attempt to manage the situation while people living with the day-to-day realities of police violence have no voice in the process.

In the face of a systematic problem like racism – a complex mix of economic disparity and disempowerment, mass imprisonment, conscious and unconscious bias, daily police harassment, and outright violent attacks against unarmed citizens – an underlying power disparity is central. Communities of color need to be treated better, but also to be recognized as having a voice, agency, and as deserving the same level of participation in all aspects of social and political life as dominant groups.

The first step in any effort to challenge the prevailing power dynamic, then, must be to allow the voices of those most directly affected to be heard. Without direct testimony from those affected by police violence, we cannot appreciate the scope and nature of the problem as it is experienced by those affected.
With this goal, organizers in St Louis/Ferguson, with the support of people all over the country, created The Truth Telling Project. TTP, on behalf of the citizens of Ferguson, will launch The Truth Telling Initiative for Ferguson and Beyond, Nov 13 – 14, 2015, to allow national and international audiences to listen to first-hand accounts of persons impacted by police violence in the city of Ferguson and beyond. This initiative will convene hearings in front of a panel composed primarily of citizens of Ferguson.

Truth Telling is an essential step, but it is only a first step. By helping facilitate community-based truth telling, the TTP will contribute to broader understanding of the lived reality of African American communities, join efforts at city, state, and national levels to build pressure for structural change, and ultimately support healing and reconciliation. The ultimate goal of the TTP, in conjunction with many other initiatives in the U.S., is the eradication of racism in all of its structural, institutional, and social forms.

Following it’s initial witnessing of testimony in Ferguson on November 13-15, the TTP will broadcast the testimonies presented to national and international audiences. It will then invite nationwide, community-based participation in truth seeking, truth telling, transformational, and healing processes through the encouragement of “Watch, Exchange, Formulate and Implement” gatherings where citizen groups host Watch parties, Exchange ideas, Formulate a plan of action, and ultimately Implement that plan.

There can be no genuine healing without honestly, courageously and collectively involving the citizens of Ferguson, MO in exposing and confronting truths surrounding police violence and fully acknowledging the direct and indirect suffering associated with those experiences. Giving recognition to individual experiences and truths is the beginning of justice, and the beginning of healing and resolution; each is a necessary step if we are to move our society through, and then past, the pain associated with the legacies of racism in the U.S.

For more information on the TTP, please go to www.truthtellingproject.org, and all media and other inquiries should be directed to: Dr. Mark Lance at abuemma@gmail.com.
~~~~~~~~~~~~~~~~
Dr. David Ragland is from North St. Louis, MO, writes for PeaceVoice, and is Assistant Professor of Peace and Conflict Studies at Juniata College/ Co-Director of the Truth Telling Project.