Budapest, the train station, and a sea of refugees 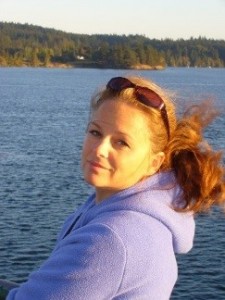 “I was seven when Mount Saint Helen’s–a beautiful peak 90 miles from our home–erupted. My sister and I were playing outside as ash and soot began to fall around us like soft snowflakes. We stared in wonder as inches turned to drifts, and our young imaginations led us to ask if maybe it was the beginning of the end of the world.”

For the full article:
Budapest, the train station, and a sea of refugees
1225 words
By Diana Love

I was seven when Mount Saint Helen’s–a beautiful peak 90 miles from our home–erupted. My sister and I were playing outside as ash and soot began to fall around us like soft snowflakes. We stared in wonder as inches turned to drifts, and our young imaginations led us to ask if maybe it was the beginning of the end of the world.

Living through a moment in history is an extraordinary thing. It sears images – sights, sounds, smells, impressions – into your memory in a way that people who haven’t lived through it can never really understand.

Last week, I was in Budapest, Hungary, mostly for vacation and a little for work. Budapest is sort of tucked away in Eastern Europe, usually minding its own business. Recently though, reports on Budapest have been splashed across every newspaper and TV screen, placing this corner of the world directly in the international spotlight.

There is a major humanitarian crisis in Budapest. For several months, thousands of migrants from poverty-stricken, war-torn countries of the Middle East–especially Syria– and Africa have entered the country en route to other European Union nations.

I went to Keleti Palaudvar, the train station in Budapest where thousands of refugees were temporarily settled, making it ground zero for international coverage of the crisis.

Hungary may seem an unlikely destination for a mass migration, since its economy is one of the weakest in the EU and their leadership doesn’t want immigrants. But for travelers entering through Greece via land, Hungary is the first country with access to interior EU locations. The Hungarian government has set up camps to facilitate registration as well as to provide shelter and aid, but in conversations I had with many of the refugees, they said they were scared that if they enter the camp, the Hungarians would keep them there in squalor, demanding papers that most of them don’t have. They also worry that if Germany – the land of promise that most want to get to – rejects them, they will be sent back to Hungary, who would of course deny residence and where they emphatically do not want to stay. They fear they could be sent right back to the hell they came from.
So they amass at Keleti, crowding body-to-body and enduring unspeakable conditions while they avoid being sent to the camps and waited in hope of boarding a train to Austria, where they can officially enter the EU.

Most of the refugees I spoke to were young people with sad stories. A young boy of 18 years fled Syria when he was conscripted into the Army to fight ISIS. His parents so feared for his life that they sold everything they owned to give him this one slim chance at a better life. He is worried he will never see them again. He attended college but was refused his graduation certificate unless he joined the army, so he has no proof of his skills or education.

Another Syrian man, his wife, and her parents fled on a boat to Greece from Turkey. The mother was hurt during the passage, could not leave Greece, and the father was taken to a camp in Macedonia. The young couple were bussed through Greece but walked across Macedonia and Serbia to Hungary, where they had purchased train tickets to Germany but were not allowed to travel.
Walking through the underbelly of the station was unforgettably surreal. Most people staked out a spot on the concrete by spreading blankets or towels. A lucky few had small, square two-man tents, which afforded a tiny degree of privacy. Men, woman, children and infants lay body-to-body, eyes vacant, exhausted and stuck. A few children played soccer or blew bubbles, small gifts from humanitarian volunteers.

Above ground, men and children loitered amongst the cameras and television crews. Occasionally one would begin a loud, shrill whistle and a crowd would gather en masse, rousing to syncopated clapping and shouts of “We Are Human” or “Ger-Man-Y!” International news teams descended on Keleti and many reported police hostility to massive demonstrations. I did not experience this in my visits to Keleti, although it was a sad scene indeed. The protests I saw were small and relatively peaceful given the complicated and emotional circumstances.

On my second visit to Keleti, following the shutdown of international train travel and conservative Prime Minister Viktor Orbán’s continued stubbornness on requiring legal registration, unrest was clearly boiling and the refugees were becoming more organized.

While the migrants didn’t have much more than the clothes on their backs, they did have media savvy acquired living under oppression in their home countries. They wrote messages, often in media-friendly English on the train station walls, which were subsequently splashed across the front pages of major international news outlets (“We are not terrorists. We just need peace”). They walked around the TV crews with signs like “this is guatana [Guantanamo] for our children.” Children sat in a sad line holding signs, waiting for the cameras. “I don’t want food, only to go,” one said. When volunteers tried to give the children water or bread, they have been pushed away: “No food! No water! Put camera on our children!” the leaders shouted.

By Friday, my last visit to Keleti, many refugees had no patience left and decided to march for Austria. I watched as a man began to shout into a megaphone for the refugees to pack their bags, to get into a line, and to prepare to walk. Many of his compatriots were eager to leave. They hoisted him on their shoulders and began to move through the crowds and below the terrace.
The weather in Budapest had been hot and sunny for at least a month. Temperatures soared uncharacteristically into the high 90s while I was there. What the leaders of the walk toward Austria did not know was that a weather front would finally sweep through. When I left for my plane at 3 a.m., rain was pounding and it was cold enough to wear a sweater.
Even so, thousands of the refugees had, in the end, decided to walk. This move broke the immediate crisis by forcing Hungary to finally agree to bus the families through to Austria and to ease the demands for registration and fingerprinting.

My most distinct memories of the Mt. St. Helen’s eruption are my father rushing to cover the car so ash couldn’t get into the engine and my little sister anxiously asking if it meant Jesus was coming soon. I thought of that during my time at Keleti: what are the moments these people will recall years from now, when, with any luck, they have settled somewhere safer and better than where they came from?

Trying desperately to hide my tears, I found a perch on a windowsill of the station, above the crowds. I wondered what it would be like to truly experience this moment in history: to sail in the night away from my family, to leave everything I owned to walk across entire countries, to camp with 3,000 strangers on the concrete floor of a dirty train station with no idea what the future would hold. While excited at the opportunity to visit Budapest, I was very grateful to know I could easily go home and that my home would be safe and sound.
~~~~~~~~~~~
A version of this originally appeared in the Capital Gazette.
Diana Love, syndicated by PeaceVoice, is a journalist from Baltimore.