Open Letter to the Guy Carrying the Confederate Flag 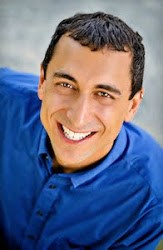 “On a road trip to North Carolina, I saw many Confederate flags. Hundreds maybe. They were attached to pick-up trucks and motorcycles, on beach towels and bed comforters, on t-shirts and do-rags, and next to graves in cemeteries. What I saw were blatant symbols of racism on parade. I dismissed them all, except the one that you held.”

For the full article:
Open Letter to the Guy Carrying the Confederate Flag
706 Words
By David Soleil

On a road trip to North Carolina, I saw many Confederate flags. Hundreds maybe. They were attached to pick-up trucks and motorcycles, on beach towels and bed comforters, on t-shirts and do-rags, and next to graves in cemeteries. What I saw were blatant symbols of racism on parade. I dismissed them all, except the one that you held.

I’ve had a few conversations with passionate Confederate flag supporters. You think the massacre in Charleston was tragic. You think Dylann Roof was insane and he doesn’t deserve to wave the Confederate flag, the flag of your heritage. You think that most Americans don’t understand that brothers fought brothers in the Civil War and you know that some towns sent every man and boy off to war and no one came back home. You know the tragedy of the Civil War that runs deep in the South.

But now you see the Confederate flags coming down. You feel like your heritage is getting buried underneath a whole bunch of political correctness. You also want the government out of your business, especially when it tries to tell you what to do with your flag or any other part of your life. You think enough is enough.

Have I missed anything? These things came up regularly in my conversations with others. If I may ask, would you be willing to put down the flag for a minute so we can talk? The Confederate flag screams loudly in our culture and I want us to have a real conversation instead of a shouting match.

I teach leadership and nonviolence for a living. It is rare for me to find someone willing to stand alone on a street corner in their hometown for a cause. America needs your courage right now.

Your heritage will be well secured in American history books. It is already there. But right now, America isn’t fighting for its history. America is fighting for its future. We are struggling for a future without hate and division. Right now, we need you to stand up to hate in your community. It is that same hate that murdered nine innocent African Americans in Charleston. It is that same hate that comes out when, in Douglasville, Georgia, trucks with Confederate flags show up at the birthday party of an African American child and intimidate his family with guns and death threats.

One of the things nonviolence teaches us is that no one is beyond the reach of the human heart. We are all in this together. Christ spoke about this in his teachings, “love thy neighbor as thyself.” This is the same love Martin Luther King talked about called agape (ah-GAH-peh) love; “the insistence on community, even when one seeks to break it.”

I offer to you that nothing would be more courageous, nothing would be more honorable, and nothing would be more effective in ending the hate than you taking a stand in your community against it. Bring people together to make a plan of action. Imagine the heritage you will create today for future generations. In the peaceful world of your grandchildren, they will look back and proudly say it all started when you took a stand for peace and said “enough is enough.”
~~~~~~~~~~~~~~~
David Soleil, syndicated by PeaceVoice, is the former Chair of the Leadership Education group for the International Leadership Association, a founder and staff member at the K-12 Sudbury School of Atlanta.