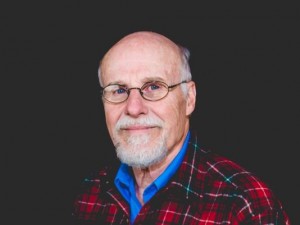 “At 10 a.m. on Friday, July 10, Steve Beshear, Democratic governor of Kentucky, officially opened a traveling Vietnam Memorial Wall in Lexington. At precisely the same time, Nikki Barber, Republican governor of South Carolina, presided at the lowering of the Confederate flag. The juxtaposition is coincidental, but the intense emotions enveloping the aftermath of two lost causes are not, despite the 150 years and 8,000 miles separating them.”

For the full article:
Flags and more flags
734 Words
By Russell Vandenbroucke

At 10 a.m. on Friday, July 10, Steve Beshear, Democratic governor of Kentucky, officially opened a traveling Vietnam Memorial Wall in Lexington. At precisely the same time, Nikki Barber, Republican governor of South Carolina, presided at the lowering of the Confederate flag. The juxtaposition is coincidental, but the intense emotions enveloping the aftermath of two lost causes are not, despite the 150 years and 8,000 miles separating them.

Thousands watched a solitary stars and bars descend its capitol flagpole in Columbia; hundreds saw more than 1000 stars and stripes standing sentry before the Wall, one for each of Kentucky’s fallen heroes. They died, Gov. Beshear intoned, “defending threats to freedom.” He did not pause after the familiar platitude to explain whose freedom was threatened.

Maj. Gen. Arnold Fields acknowledged the sacrifice of Vietnam vets, including Gov. Beshear himself and scores of others in the audience. Many are still healing 50 years after the war that they served divided the nation. Some returned home denigrated rather than congratulated, as President Obama said on Memorial Day in 2012. Beshear urged the audience “never ever to forget” those named on the Wall behind him. But what, precisely, should we remember rather than forget? Should we recall that Vietnam was never a threat to the US, yet we invaded?

The Wall commemorates 58,209 Americans who died from 1955, in what was then called Indochina, until our 1975 withdrawal from Saigon, now Ho Chi Minh City. Entranced by the domino theory, America intervened to keep Vietnam free from Communist control and free, too, for capitalism. Despite the expenditure of so many lives plus $1 trillion — measured in current value, including veteran benefits —Vietnam ultimately achieved the unification Ho Chi Minh had proclaimed in 1945. He cited our Declaration of Independence at the time.

The glorious goals of every war are only sometimes achieved — and then usually by the victors. In Vietnam, the U.S. failed to attain its explicit political objective of preventing a unified and Communist Vietnam, but not its implicit economic one: Vietnam now has a rapidly developing market economy. Earlier this month, in the Oval Office, President Obama met with the head of the Communist Party, Nguyen Phu Trong, 40 years after the end of the war and 20 after the U.S. recognized Vietnam’s unification. None of the Lexington speakers mentioned such post-war history.

They were similarly silent about the ceremony occurring simultaneously in South Carolina, the first state to join the Confederacy. No one mentioned our Civil War and its tolls of at least 618,000 killed, possibly 750,000, when our population was only one-tenth of today’s. Nearly as many soldiers died in our Civil War as in all our other wars combined. Every speaker honored the 58,000 Americans lost in the quagmire of Southeast Asia, but no one mentioned the two-three million Vietnamese, military and civilian, who died there. Whose freedom did they endanger? What is an acceptable ratio of lives lost to freedom gained or retained?

Kentucky’s somber ceremony ended with profound grace when Dan Cherry, a retired Air Force general, described his reunion with the North Vietnamese pilot he downed in a 1972 dogfight. Twenty-five years later, Cherry and Nguyen Hong My met again, on the ground, for a Vietnamese television show. A year after that, Cherry hosted a return visit in Kentucky just as he was publishing My Enemy, My Friend: A Story of Reconciliation from the Vietnam War. Cherry learned that his erstwhile enemy did not like its title: “We were never enemies, just soldiers doing what was expected of us.”

Cherry echoed Lieutenant My’s spirit when he told the audience: “Holding grudges is futile. I cannot overstate the positive result of friendship and forgiveness.” The families of the nine African Americans murdered in Charleston demonstrated similar forgiveness, and they did not need decades to find it. Most of the 1.5 million Vietnamese and their children living in the U.S. today trace their origins to our former ally in the South. Although their homeland is at peace, they generally honor still the flag of the South rather than unified Vietnam’s with a Communist star at its center.

Any formal benediction after Cherry’s praise of reconciliation would be anticlimactic. Still, another retired general, Les Beavers, beseeched us again to honor those who answered the call of god and country. But which country: Vietnam or America, North or South? Whose god? And what flag?
~~~~~~~~~~
Russell Vandenbroucke is a professor of Theatre Arts, director of the Peace, Justice & Conflict Transformation Program at University of Louisville and is syndicated by PeaceVoice.