Obstacle to Peace: The Race Border 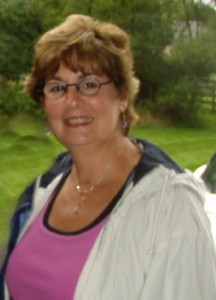 “The Summer Institute that I am attending is called “Conflict Transformation across Borders.” Although a University of Massachusetts Boston graduate course, it is offered in Ecuador, South America, because much of the classwork is about border issues between Ecuador and Colombia, including the status of the estimated 200,000 Colombians who have fled their country’s long-standing civil war in search of refuge in Ecuador. It seems that the world is witnessing a crisis in terms of borders.”

For the full article:
Obstacle to Peace: The Race Border
716 Words
By Ellen Lindeen

The Summer Institute that I am attending is called “Conflict Transformation across Borders.” Although a University of Massachusetts Boston graduate course, it is offered in Ecuador, South America, because much of the classwork is about border issues between Ecuador and Colombia, including the status of the estimated 200,000 Colombians who have fled their country’s long-standing civil war in search of refuge in Ecuador. It seems that the world is witnessing a crisis in terms of borders.

The U.S. is building a wall along its southern border to keep Mexican people from coming into the country. Israel has almost completed a 26-foot high concrete wall to keep Palestinians out, although the wall violates the border recognized by the UN. Fleeing migrants in the Mediterranean and the Bay of Bengal have also captured the attention of the world. Africans from many countries, Syrians, Bangladeshis, and Rohingyas from Myanmar are escaping persecution and human rights abuses in their home countries.

However, the issue of reaching a different country safely and being granted refugee status is a complicated one. These asylum-seekers simply know they must flee to survive. Tragically, at least 1,800 people in flight have already drowned in 2015. Many of these boats are not even allowed to reach shore because if they do, the United Nations 1951 Convention on the Status of Refugees and 1967 Protocol will apply. These documents clarify the receiving countries’ responsibility to protect those who are threatened by persecution and need refuge. Some countries use their borders to keep citizens in while others use their borders to keep people out.

Human beings live in a world largely defined by boundaries. Geographic borders determine where people live, to what nationality they belong, and what human rights they are able to realize. Despite daunting circumstances, many people choose (or are forced) to leave their homes in hopes of being accepted in another place. However, at times the most significant borders people must negotiate are not physical at all. All of us face boundaries within our own countries, whether they are of race, gender, economic status, faith tradition, ethnicity, status of citizenship, sexual orientation, age, or ability. Any of these distinctions may challenge or obstruct a person’s ability to form healthy relationships with others—and may impact careers and even access to health care, etc. Globally, some these divisions have been used, and sadly continue to be used, to separate people, incite fear and hatred, or even start wars.

Specifically, the issue of race is getting as much attention in 2015 as it did in 2008 when Barack Obama was historically elected the first U.S. president of color. The painful legacy of racism in the U.S. seems ever-present. Recent controversies over the legality of deaths of black males by white policemen have brought this topic renewed worldwide attention. Racial tension continues over deaths in Ferguson, MO, New York, Cleveland, Baltimore, North Charleston, SC, and other places. Black teenagers at an integrated pool party in Texas ended up being pushed to the ground and had guns aimed at them by police while white teenagers were untouched. Recently, a 21-year-old white male in South Carolina walked into Emanuel African Methodist Episcopal Church, the oldest African-American congregation in the southern US, and killed nine people at a Bible study. These incidents speak to the racial borders that many Americans still see, although they may seem invisible.

Possibly the most egregious example of racial discrimination that separates Americans is the rate at which African-Americans are incarcerated. Although African Americans make up only 13 percent of the general population, they comprise 42 percent of the prison population. Five times as many whites are using drugs as African-Americans, yet African-Americans are sent to prison at 10 times the rate of whites. In fact, African-Americans serve basically the same amount of prison time for a drug charge (58 months), as whites do for a violent offense (61 months). Undeniably, 60 years after the U.S. Civil Rights Movement, racism remains a forceful boundary in the country. As William Faulkner said, “The past is never dead. It’s not even past.” Maybe the time has come to eliminate the borders between blacks and whites. What border do we need to cross? What border can we remove? Let’s abolish the border of race and join the human race.
~~~~~~~~~~~
Ellen Lindeen, is an Associate Professor of English at Waubonsee Community College where she teaches Peace Studies & Conflict Resolution and Human Rights & Social Justice. She is syndicated by PeaceVoice.