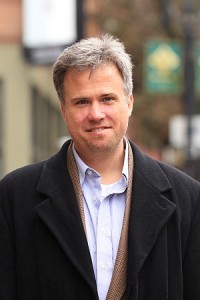 “The United States sends people to kill and die in war that it doesn’t trust with a beer.
It trains police in war skills to assault young people it suspects of going near beer.
Here’s an idea: Drink At 18, Don’t Kill Till 21.”

The United States sends people to kill and die in war that it doesn’t trust with a beer.
It trains police in war skills to assault young people it suspects of going near beer.
Here’s an idea: Drink At 18, Don’t Kill Till 21.

Alcohol prohibition is not working, and creates unsafe drinking by people old enough to vote, drive, and work. A case can be made, and is being made, for returning the drinking age to 18.

But allowing 18-year-olds to join the military has created illegal and immoral recruitment of minors, not to mention deep moral regret, post-traumatic stress, and suicide in young veterans.
Raising the age for war participation (for joining either the military or one of its contractors) to 21 would do more for education and informed career choices — not to mention reducing drug and alcohol addiction, and suicide — than banning alcohol does.

Make-Daiquiris-Not-War is a policy based on actual dangers. The problem with alcohol is not responsible drinking of it. Alcohol is not a satanic liquid to be counterproductively made into a forbidden fruit. The problems with alcohol are: drinking and driving, which should be addressed by avoiding the driving, not through an unenforceable ban on drinking; drinking to dangerous excess, which should be addressed through open discussion, not the secretive plotting of contemporary speakeasies; and addiction, which is driven not so much by the chemicals involved as by the life of the person who becomes addicted.

And what could we most easily do to assist young people in leading more fulfilling, less horrific, lives? We could put off the decision to join in a program of warmaking until age 21, thereby giving a young person a chance to consider all the options.

In many nations there is no drinking age. In others the drinking age is after you’re dead (alcohol is prohibited). Among those with a drinking age between zero and forever, far and away the most common is 18. Exceptions are Egypt, Kazakhstan, Oman, Pakistan, Qatar, Sri Lanka, Tajikistan, United Arab Emirates, Cameroon, Indonesia, the United States, and various Pacific island colonies of the United States, all of which make the legal age to drink 21.

But how’s that working out for them? In Egypt if you happen to witness the police murder someone, you’ll face prison or worse, while the U.S. President chats with the Egyptian President promising him more weapons and money, but if you want to drink underage, apparently nobody really minds. The inevitable result of making it legal to sell alcohol to some but not all adults (taking adults to be 18 and up) seems to be either stiffer and stiffer penalties or routine violation. This of course creates both a disrespect for laws and drinking in secret without appropriate discussion of dangers and measures to prevent recklessness.

In Argentina enlistment in the military is allowed at 21, or at 18 with parental consent. In Bahrain and Kazakhstan military enlistment starts at 15. Who’s right? Who’s respecting the enlistees? Well, according to some brain scientists at MIT — not that they should know anything:

Scientists at Dartmouth agree. (But they would, wouldn’t they?) Not to mention neuroscientists who write books and go on NPR.

So upping the killing age to 21 would be moving in the direction of the wisdom of the scientists and the rental car companies. Why lower the drinking age at the same time? Because alcohol needs to be treated principally not as a means of drunken escape, but as an enjoyable beverage with dinner. Nations with no drinking age at all tend to have less alcoholism than do puritanical nations. The point is not that 18 year olds are qualified to head off to parties at which they’ll drink gallons of hard liquor (as some currently do, law or no law) but that alcohol, like other enjoyable and risky parts of life — from dangerous sports to sex to other drugs to those televisions in airports blasting Fox News — should be dealt with openly and calmly by parents and teachers and friends, with the actual dangers made crystal clear and imaginary dangers debunked.

The fact is that prohibiting alcohol leads to more reckless drinking, while prohibiting war participation leads to less reckless killing. We’ve got our priorities wrong. Let’s rework them.
~~~~~~~~~~~~~~~~~
David Swanson writes for PeaceVoice, is director of WorldBeyondWar.org and campaign coordinator for RootsAction.org. Swanson’s books include War Is A Lie. He hosts Talk Nation Radio. He is a 2015 Nobel Peace Prize Nominee.