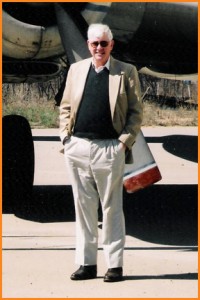 “It seems that the news is always full of, well, bad news, such as the long conflict between Israelis and Palestinians. The seemingly intractable war between these two groups has gone on for decades. Too often, all we see in the news are stories of new rocket attacks, new bombings, new assassinations, and implacable hatred. But that is not the whole truth. In her book, From Enemy To Friend, Rabbi Amy Eilberg reports the existence of a different reality. She informs us of “The Bereaved Parents Circle,” which is an organization that brings together families from both sides who have had loved ones killed by the other side. She attended one of their meetings. Two men spoke: Rami (an Israeli) whose 14 year old daughter was killed in a terrorist attack while buying school supplies and Mazen (a Palestinian) whose unarmed father was riddled with bullets by Israeli soldiers for no reason. Each told his story. Then they told the story of an Israeli attack in Gaza aimed at assassinating a terrorist leader which instead killed many sleeping children. Following the attack, local Jews donated blood to help wounded Palestinians. When asked how they could donate blood to “the enemy,” they replied: “It is better to give blood than to spill it.” They started a project in which Palestinians and Jews then donated to a blood bank to help wounded across the region. Then Rami and Mazen, calling each other “brother,” said to the assembled crowd.”

“It’s hard to imagine celebrating nuclear war planning, but that’s what was on the agenda at Hill Air Force Base, near Ogden, Utah last Thursday, Feb. 12.

At an official awards ceremony, there were prizes for “top performers” at the base including Team of the Year, Volunteer of the Year and Key Spouse of the Year. Base commander, Col. Ron Jolly, said, “The Airmen here see the big picture and know that it is … about providing support to Team Hill.””