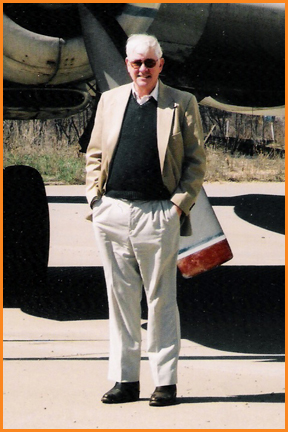 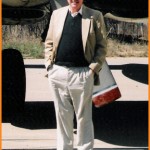 “The latest border changes in Ukraine are just another replay of too many past scenarios: the breakup of former Yugoslavia, East Timor, Chechnya, the Sudetenland Crisis of the 1930s, and the centuries-long back and forth of the Alsace and Lorraine between France and Germany. If we could base the resolution of these types of conflict on recognizing the five principles outlined here, we could greatly reduce the dangers of civil and interstate war.”

For the full article:
Five Rules on Which to Base Authentic Security and a World at Peace
688 Words
By Kent D. Shifferd

The latest border changes in Ukraine are just another replay of too many past scenarios: the breakup of former Yugoslavia, East Timor, Chechnya, the Sudetenland Crisis of the 1930s, and the centuries-long back and forth of the Alsace and Lorraine between France and Germany. If we could base the resolution of these types of conflict on recognizing the five principles outlined here, we could greatly reduce the dangers of civil and interstate war.

1. All national borders change over time.
Very few national borders are more than two hundred years old, and many are far more recent. Moreover, many current borders were arbitrarily imposed, dividing and separating ethnic and religious populations while combining them with others whose ways they did not understand and so creating conditions for long term conflict. The pressure to change borders will always be with us.

2. No borders should change by force, fraud or external intrigue.
While borders need to be changeable, it should and can be done peacefully and justly.

3. Self-determination for minorities is a universal right.
All religious, tribal and ethnic groups have a right of self-determination, a right that can be recognized in every state constitution with certain restrictions including:

The right to an internationally monitored vote for change to either an autonomous region, independence, or merging with another state, under certain conditions including the following: in the case of a vote to withdraw, the value of resources and infrastructure in the region withdrawing must be compensated to the remaining population by the group that is withdrawing or the nation with which they are merging. This can be done over time. Since no new boundaries can ever encompass every member of the minority, those left within the old state must be given the right to voluntarily cross over into the new polity and to be compensated for property left behind.

4. Non-imposition of values and beliefs.
For those who remain behind, and indeed for all peoples, it must be recognized that trying to impose values on others does not work, that such “conversions” are almost never authentic, and that the only way to spread a group’s own beliefs is to live so that your example is inviting. Freedom to worship, dress, and move about must be guaranteed and all forms of discrimination eschewed.

5. Full and free flow of information across borders.
Seemingly self-evident, but good decisions cannot be taken without full access to and by news sources, internet, cell-phone communications, etc.

The self-styled realists will say this is naïve and they will ask, “How could this be enforced?” But that’s the wrong question. You can’t impose such things by force. The leaders of NATO would like to impose a rollback on Russia’s take-over of the Crimea but for all its saber rattling and moving warplanes closer to the borders, it’s impotent; unless it wants to start World War III of course, which the rest of humanity definitely does not want. What the “realists” have got for us for far too long is a world of war and violence. Genuine, lasting common security has always eluded them. So this revolution needs to be bottom up, person-to-person, and it will take a long time. We are very used to the old, fruitless ways of militarism and war, but they are not inevitable; they are not human nature. They are a choice, and we common folk can make a different choice that will compel governments to follow. It’s time to launch a world-wide campaign to manage our border conflicts on the basis of these principles and move ourselves and our children closer to a world without war. This is the new, and the true realism.
~~~~~~~~~~~~~~~~~~~~~~~
Kent Shifferd, Ph.D., (kentshifferd@gmail) is an historian who taught environmental history and ethics for 25 years at Wisconsin’s Northland College and is former Executive Director of the Wisconsin Institute for Peace and Conflict Studies. He is author of From War to Peace: A Guide to the Next Hundred Years (McFarland, 2011) and is syndicated by PeaceVoice.