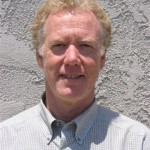 “This past Thursday, April 24th, historic lawsuits were filed against the U.S. and the eight other Nuclear Weapons States (NWS) of the world to meet their treaty obligations to disarm by the courageous tiny island nation Republic of the Marshall Islands.”

For the full article:
David vs. Goliath: The Nuclear Zero Lawsuits
529 Words
By Robert Dodge, MD

This past Thursday, April 24th, historic lawsuits were filed against the U.S. and the eight other Nuclear Weapons States (NWS) of the world to meet their treaty obligations to disarm by the courageous tiny island nation Republic of the Marshall Islands.

Since 1970, the Nuclear Non-Proliferation Treaty (NPT) has obligated nations to negotiate in good faith for complete disarmament – a world without nuclear weapons.

Forty-four years later, with no negotiations in sight, the world has become a more dangerous place with stockpiles of more than 17,000 nuclear weapons. Four more nations now have nuclear weapons, and the original five continue to invest in and modernize their nuclear forces with expenditures expected to be in excess of 1 Trillion dollars over the next 10 years. But one small nation has stood up to say, “enough is enough.”

The Republic of the Marshall Islands (RMI) has taken action in the International Court of Justice and in the U.S. Federal District Court to compel the nine nuclear weapons nations to comply with their obligations, under the NPT and customary international law, and begin negotiations for nuclear zero.

The Marshallese people know first hand about the destructive consequences of living in a world with nuclear weapons. From 1946-1958, the U.S. conducted 67 nuclear weapon tests in the Marshall Islands, the equivalent explosive power of one-and-a-half Hiroshima bombs detonated daily for 12 years.

They seek no compensation through these legal actions. Rather they act for the seven billion of us who live on this planet, to end the nuclear weapon threat hanging over all humanity.
For the past year, the Nuclear Age Peace Foundation (NAPF) has served as a consultant to the RMI in support of this courageous initiative to fulfill the world’s nuclear disarmament obligation.
They understand, as do the people of the Marshall Islands, that the only way to keep our loved ones safe is to relentlessly strive for the total elimination of nuclear weapons. This is not a partisan issue, it is a survival issue. As world leaders have made clear:
“The nuclear club should be abolished and anybody who has a nuclear weapon is the enemy of mankind.”
– George Shultz, former U.S. Secretary of State

“The failure of these countries to uphold import
ant commitments and respect the law makes a more dangerous place. This is one of the most fundamental moral and legal questions of our time.”
– Archbishop Desmond Tutu, Nobel Peace Laureate

As a physician, I recognize nuclear weapons pose the greatest existential and public health threat to our world. There is no adequate response to nuclear war. Prevention is essential and abolition of these weapons is the only way to accomplish that goal. Please join me and the NAPF to support all efforts that lead to negotiations for the worldwide elimination of nuclear weapons in a phased, verifiable, transparent and irreversible manner. All are invited to follow these important cases and learn more at nuclearzero.org.
~~~~~~~~~~~~~
Robert F. Dodge, M.D., serves on the boards of the Nuclear Age Peace Foundation, Beyond War, Physicians for Social Responsibility Los Angeles, and Citizens for Peaceful Resolutions, and writes for PeaceVoice.