We Don’t Want You to Swim in the River 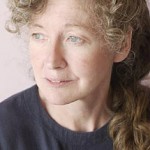 “In early April, 2014, the U.S. Navy unveiled its Mach 7 Magnetic Mangler, “a railgun straight out of Star Trek that can take out targets at 100 miles with a projectile flying at nearly 7,000 feet per second.” So far, the U.S. military has spent $240 million developing the railgun over a period of 10 years. CBS News reports that the railgun won’t go to sea until 2016, but one article, published in The Gazette, suggests that the U.S. military may have decided to show off the Magnetic Mangler in order to send a message to the Russian government.”

For the full article:
We Don’t Want You to Swim in the River
976 Words
By Kathy Kelly

In early April, 2014, the U.S. Navy unveiled its Mach 7 Magnetic Mangler, “a railgun straight out of Star Trek that can take out targets at 100 miles with a projectile flying at nearly 7,000 feet per second.” So far, the U.S. military has spent $240 million developing the railgun over a period of 10 years. CBS News reports that the railgun won’t go to sea until 2016, but one article, published in The Gazette, suggests that the U.S. military may have decided to show off the Magnetic Mangler in order to send a message to the Russian government.

While the American public gets to see the weapon, so do America’s enemies. The military in recent years has timed the unveiling of new technology to global events.
The last time North Korea got frisky, the Navy showed off an anti-missile laser.

Now, with the crisis continuing in the Ukraine, the Navy is showing off something even scarier.

In advance of the University of Wisconsin’s recent “Resources for Peace” conference, a professor friend asked participants to consider whether the increasing competition for depleted global resources, for goods to meet essential human needs, would tend inevitably to make people less humane. She was thinking particularly about what she termed “the shrinking humanism” seen in dystopian novels and films that portray cruelty and violence among people who fear for their survival.

I posed her question to Buddy Bell, one of my young friends here at Voices, who has traveled to several war zones and has worked steadily among people suffering displacement and poverty in the United States. “Well,” he said, after a long pause, “there are precedents for dramatic and selfless service on behalf of sustaining a community, even in a time of desperation and war.” Then he went to his room and got me a CD. “Listen to the story Utah Phillips tells on Track 3,” he said.

Utah Phillips, a folksinger and storyteller, had been a U.S. soldier in Korea. His son asked if he had ever shot anyone. He said he didn’t know, but that whether or not he shot anyone wasn’t the story. He told his son about a day when he was longing to take a swim in the Imjin River. His clothes and boots were rotting, and he had mold growing on his body. Chinese soldiers on the other side were having a wonderful time swimming. Why, then, were the local Koreans insisting he must not swim in the river? “A young Korean told me, ‘You know, when we get married here, the young married couple moves in with the elders, they move in with the grandparents, but there’s nothing growing! Everything’s been destroyed, there’s no food. So, the first baby that’s born, the oldest, the old man, goes out with a jug of water and a blanket, sits on the bank of the river and waits to die. Then, when he dies, he’ll roll over the bank and into the Imjin River and his body will be carried out to sea. And we don’t want you to swim in the river because our elders are floating out to sea.”

Utah Phillips seemed to want his son to understand that leaving people with nothing when you have everything is as serious a crime as shooting them. Utah Phillips, at least, consented not to use a resource he could have decided was free to everyone, out of respect for the cost his use would impose on people already giving up everything so that their young could survive with next to nothing. ??Kevin Seiff, reporting for the Washington Post, has written several articles about risks to Afghan civilians, especially children, posed by undetonated grenades, rockets and mortar shells the U.S. military leaves behind as it vacates scores of firing ranges in Afghanistan.

Dozens of children have been killed or wounded as they have stumbled upon the ordnance at the sites, which are often poorly marked. Casualties are likely to increase sharply; the U.S. military has removed the munitions from only 3 percent of the territory covered by its sprawling ranges, officials said.

Clearing the rest of the contaminated land — which in total is twice as big as New York City — could take two to five years. U.S. military officials say they intend to clean up the ranges. But because of a lack of planning, officials say, funding has not yet been approved for the monumental effort, which is expected to cost $250 million.

According to the Mine Action Program in Afghanistan, this presents a “significant obstacle in a country where 70% of the labour force earns an income through farming or animal husbandry.”
Among the main casualties of war are those who starve and fall ill when valuable farmland is left as minefields.

Some people pull together in the face of scarcity; some demand everything even when others have nothing. Today’s crop of grim, dystopian novels and films, the concern of my professor friend, may at times ignore the kindness and solidarity that can occur among the dispossessed.

When many impoverished people, worldwide, don’t want “the haves” to invade them, when, as ‘have-nots,’ they say, ‘please, this is ours, it is almost all that we have, we cannot have you storming in and claiming it just because you can,’ we are astonishingly ill-equipped to register their objection and honor their need.

These weapons we tout aren’t futuristic; they announce our lack of a future. But everywhere around us, we can spot people who are volunteering to live simply so that others can simply live. And that choice is, in reality, open to each of us.
~~~~~~~~~~~~~~~~~
Kathy Kelly (Kathy@vcnv.org) writes for PeaceVoice and co-coordinates Voices for Creative Nonviolence (www.vcnv.org) When in Afghanistan, she is a guest of the Afghan Peace Volunteers (ourjournetytosmile.com).