The War on Marriage on Christmas 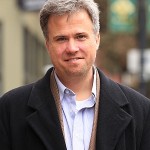 For the full article:
The War on Marriage on Christmas
624 Words
By David Swanson

But daily drone buzzings over various nations aren’t occasions for public debate. We aren’t being asked about another decade in Afghanistan or cooking up a future war on Iran. And our current president and his predecessor combined have wiped out eight wedding parties (six in Afghanistan, one in Iraq, and one in Yemen earlier this month) without our having ever been asked about any of them.

What if we were?

There are various ways a debate over whether to launch a war could go. In a highly-informed debate, we might investigate whether a war would violate the Kellogg-Briand Pact, the U.N. Charter, and the U.S. Constitution. We might ask how many adults, children, and infants would likely be killed, injured, and traumatized, how many refugees created, what sort of environmental damage, what economic cost, what erosion of our civil liberties, what heightened secrecy in government, what increase in violence throughout our culture and the country attacked, what likely blowback for decades to come, and what obvious alternatives are available to violence. But, of course, if we asked all that, then we’d never have any wars.

In a more plausible scenario, we might expect a debate to squeeze its way onto our televisions that would ask questions like: How many U.S. troops will die? How much will it cost? Why are we on the same side as al Qaeda this time? How will it end once begun? How does bombing more people express our support for suffering people? Or, depending on the circumstances, maybe even this: Haven’t we been arming that dictator for decades — why the urgency to overthrow him now?

But how would a debate over whether to send hellfire missiles screaming into a wedding party look? What if such a debate were to develop in our news media this Christmas season?
In areas of frequent drone strikes, people are often afraid to get together in large numbers. In Yemen, parents resort to home schooling for fear of letting their children out of the house. Few and far between are the events deemed important enough to risk violating that rule. One such event is a wedding.

How much, we might hear our pundits ask, could be saved by killing 15 people at a wedding as opposed to killing them each separately? (If the missiles alone cost $1 million each, the answer is well over $14 million.) What element of surprise might be gained in obliterating people whose minds are distracted by love and friendship and an important right of passage? What fear and respect might be placed into the minds of the survivors? Let’s say one of the wedding couple survives and the other doesn’t; which one would it be most desirable to let live? Does it matter what kind of dress the bride is wearing? Should fashion consultants be brought in by the Pentagon, or should morning talk shows contribute that analysis as part of their patriotic duty? Should the missiles hit just as little kids bearing flowers enter the scene?

The debate may sound absurd, but its creation would actually be a significant step toward sound government. We ought to vote on or be represented by officials who vote on important decisions for us. We ought to be informed, engaged, and consulted. Therefore, a debate before the next wedding strike is a perfectly reasonable proposal — unless of course we’re going to unilaterally stop blowing up weddings. Far be it from me to suggest anything that rash.
—
David Swanson’s new book is War No More: The Case for Abolition. He blogs at http://davidswanson.org and http://warisacrime.org and works for http://rootsaction.org. He hosts Talk Nation Radio.