Getting to Know Us: A Memo to U.S. Adversaries 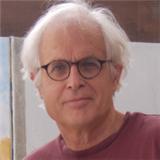 “One of the first things you need to know about the U.S. is how difficult it is for us to tolerate ambiguity—especially when untangling our own motives. An example was our second invasion of Iraq. After 9/11 we felt an itch to retaliate against a clear enemy. Because we could not pinpoint one, we scratched the itch by inventing a false enemy— conveniently, one with lots of oil under its sand—and going to war against it, to no one’s great benefit.” 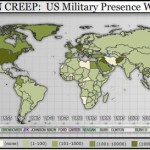 For the full article:
Getting to Know Us: A Memo to U.S. Adversaries
1,052 Words
By Winslow Myers

One of the first things you need to know about the U.S. is how difficult it is for us to tolerate ambiguity—especially when untangling our own motives. An example was our second invasion of Iraq. After 9/11 we felt an itch to retaliate against a clear enemy. Because we could not pinpoint one, we scratched the itch by inventing a false enemy— conveniently, one with lots of oil under its sand—and going to war against it, to no one’s great benefit.

That endeavor revealed a lot about us at this moment in our history, though similar themes can be found in our past. We have been all too certain, like some of you, that we are exceptional, that wrongs done to us justify our flouting international law, and that violent military force is the only way to get our way. Though we are a young country, much of our story is steeped in hyper-violence: our treatment of native peoples, the horrors of the slave trade, the callous use of napalm on Asian civilians. Though we are not alone in our chauvinism, we Americans don’t care to look at the dark side of our own intentions and deeds: our interference in the domestic affairs of Iran in the 1950s, our casual and pervasive brutality during a long and pointless war in Vietnam, the lies that led us into Iraq, the gradual drift into torture, and now extra-legal assassination by drone.

Though we are a country that has been quite successful tolerating and even celebrating ethnic and religious diversity within our borders, we are also endowed with an ongoing racist strain which manifests in deep fears of the “other,” fears so deep some of us indulged in paranoid fantasies about our first black president being Muslim. But even that very smart president has been sucked into our majority paranoia: That the only way we can really ensure our nation’s safety is to dominate the entire earth, including below the seas and above the air.

Our recent history involves a lot of the tail wagging the dog. Our enviable prosperity is based on an addiction to the sale of arms, weapons that tend to be used to kill people that we don’t believe are quite as real as we are. It is also based in our addiction to oil, which distorts our policies toward nations rich in that diminishing resource. We may support an Arab Spring for some, but oil-rich dictatorships with terrible human rights records, like Saudi Arabia, get a pass. Phalanxes of our generals assume that the best way to advance through the ranks is to chalk up some successful combat experience. You have learned that it does not take all that much to set this juggernaut moving against you, because a subtle bias toward unnecessary war comes built into our economy, culture and politics.

Powerful lobbies corrupt those politics and make it dangerous to voice self-critical positions. Many American citizens, and not a few Israelis for that matter, share your unease with the Israeli government’s settlement policy, the not so subtle attempt to permanently change the “facts on the ground” in the Palestinian territories. The cycle of violence in the region assures that extremes on either side demonize each other, delaying the inevitable compromises that are the only alternative to a nuclear holocaust. The settlements have become emblematic of enemy stereotyping between the multiple worlds of Islam and the “West,” ratcheting up global tensions around who has nuclear weapons and who does not.

The reality that ought to inform this discussion is the fact that if only a small fraction of anyone’s nuclear weapons are detonated, the entire planet could be plunged into nuclear winter, rendering worldwide agriculture inoperable for a decade—recognizing this fact is the starting point for realizing that all war has now become obsolete as a way to resolve our many conflicts.

On some level we know that the obscene sums we spend on projects like the F-35 Joint Strike Fighter could do more good if they are reallocated to directly meeting human needs for education, medicine, clean water and decent jobs. Because these are in such short supply in your world, some few of you are driven helplessly toward a violence that rationalizes the “collateral” killing of innocent civilians—just as we make similar uneasy moral compromises in the use of drones in a futile cycle of revenge. Our equivalent to your suicide bombers are not only the drones, but the hundreds of our soldiers who commit suicide because they cannot live with what war has done to their hearts and minds.

Before he was shot down at another violent moment of our history, our martyr Martin Luther King Jr. had begun to talk about the relationship between our wars abroad and our inequities at home. But his solution was as radical as any extremist’s: “Darkness cannot drive out darkness; only light can do that. Hate cannot drive out hate; only love can do that.” The tactics of nonviolence are the secret strength with which not only our own country can overcome its contradictions and hypocrisies, but the quickest way, in the long run, that you will gain the freedom and justice to which you aspire, without bringing the American behemoth down upon you.

When you insist on thinking of the United States as Satan incarnate, bear in mind that Dr. King is a representative American consecrated with his own holiday, and millions of us still carry his torch of hope. His nonviolence shows the way out of the echo chamber of fear that entraps much of the planet—whether the callously dominating violence of the modern superpower or the desperate helpless reaction of the terrorist. Lasting change will come from neither of these extremes. It will come when we, the human species, begin to fully address the adversaries we all share—climate instability, nuclear winter, world-traveling diseases—which make our adversarial differences pale to nothing.
~~~~~~~~~~~~~~~~~~~~~~~~~~
Winslow Myers leads seminars on the challenges of personal and global change, is the author of “Living Beyond War: A Citizen’s Guide,” serves on the Advisory Board of the War Preventive Initiative, is a member of the Rotarian Action Group for Peace, and writes for PeaceVoice.