““Speak softly and carry a big stick; you will go far” was a trademark description of Theodore Roosevelt’s foreign policy. To no surprise the current electoral season turns politicians into stick-carrying hunters – only now it does not seem necessary to speak softly.”

“Speak softly and carry a big stick; you will go far” was a trademark description of Theodore Roosevelt’s foreign policy. To no surprise the current electoral season turns politicians into stick-carrying hunters – only now it does not seem necessary to speak softly.

In political and even in broader public discourse we are discussing strategies of war when talking about peace. Strength can only be conveyed through military might. Presidential candidate Romney’s ideas for a “peaceful planet” require us to be strong, to have a strong military, second to none in the world with its terrific soldiers and extraordinary technology and intelligence and to have growing influence in the world. Similarly President Obama states that America remains the one indispensable nation, that the world needs a strong America, that military spending has gone up every single year he’s been in office, and that the United States spends more on its military than the next 10 countries combined. In fact, the research of the Stockholm International Peace Research Institute proves that our spending is more than the next 15 countries combined – not that it matters. Without over-emphasizing the presidential debates, my point should be clear.

The “big stick ideology” is outdated and it is time for our leaders to acknowledge the reality of constructive ways of conflict transformation. International Relations expert Joshua Goldstein, Harvard psychologist Steven Pinker, historian Kent Shifferd, and many other conflict experts and institutes remind us that the world is becoming more peaceful. There are reasons. Shifferd emphasizes that we are not talking about some kind of utopian peace, but one that is real and that can be described by global trends of an evolving peace system. Some of those trends are: the rise of human rights, women’s rights, the end of institutionalized racism (e.g. the United States), the emergence of supranational institutions (e.g. the United Nations), nonviolence as a substitute for war (e.g., the Tunisian and Egyptian revolutions), and conflict resolution techniques informed by peace research and education. Let’s dwell on the last ones for a moment; are we talking about real science? The answer is yes, Peace Science and/or Conflict Resolution are social scientific fields.

By examining both the theoretical and the practical aspects from multiple perspectives, peace scientists inform and are informed by what is happening on the ground. And there is even better news. Peace Science is quite present in the U.S. and beyond. There are over 450 undergraduate, master’s and doctoral programs (70%) and research centers (30%) on peace studies and conflict resolution in 40 countries and 38 U.S. states, according to the Peace and Justice Studies Association. At the height of the Cold War there were only 36. Those institutions equip students with research skills and realistic tools to engage in constructive conflict resolution efforts and inform the public on viable alternatives to violence. True, there still are military studies programs and entire military academies. But let’s face it – they are “old school,” antiquated, out of fashion.

The trend is clearly going the other way. Even Rotary International, arguably the world’s largest service organization, which is certainly not known as a radical, oppositional, or even controversial organization, is heavily invested in funding Rotary Peace Centers and Rotary Peace Scholars whose work encompasses peacebuilding within the framework of transnational organizations or public policy making, humanitarian aid, human rights advocacy or peace education.

So does Peace Science offer ideas on how to deal with Iran, “the greatest threat of all,” a “state sponsor of terrorism,” led by “the world’s worst actors” in a region “in tumult”? (descriptions used by President Obama and Governor Romney in the third presidential debate) Yes. 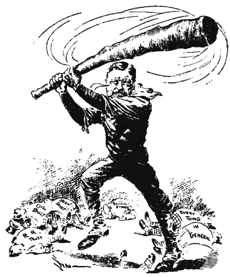 David Cortright, Director of Policy Studies at Notre Dame’s Kroc Institute for International Peace Studies, points to missing evidence on Iran’s nuclear capabilities and the Nuclear Nonproliferation Treaty. He points to the almost certain escalation in a cycle of violence in the Middle East in case of military strikes as well as the need to combine sanctions with incentives for Iran to begin a constructive path of conflict transformation. Louis Kriesberg, a founding scholar in the scientific field of conflict analysis and resolution, reminds us to look more closely at the Iran’s internal division and power structures. His proposals evolve around sanctions and incentives, work toward a nuclear free zone in the Middle East, restoration of diplomatic relations with Iran, and establishing more contact and exchanges between Iranians and Americans.

Right now the space for those constructive solutions might not yet exist sufficiently in the political and public life. Will the leaders – will we – be smart enough to understand the trend and get on board when it comes to better understanding how to deconstruct enemy images, stereotypes and prejudices and how to move from polarized positions, to interests to basic human needs such as security, participation, autonomy, recognition, and identity? Not only peace scientists understand that all humans share those needs.

~~~~~~~~~~~~~~~~~
Patrick. T. Hiller, Ph.D., Hood River, OR, is a Conflict Transformation scholar, professor and Director of the War Prevention Initiative by the Jubitz Family Foundation.