How Hawkish Are Americans? 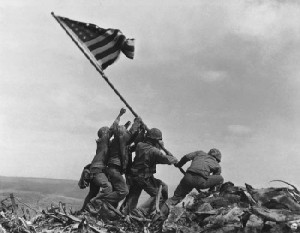 “In the midst of a nationwide election campaign in which many politicians trumpet their support for the buildup and employment of U.S. military power around the world, the American public’s disagreement with such measures is quite remarkable. Indeed, many signs point to the fact that most Americans want to avoid new wars, reduce military spending, and support international cooperation.”

For the full article:
How Hawkish Are Americans?
723 Words
By Lawrence S. Wittner

In the midst of a nationwide election campaign in which many politicians trumpet their support for the buildup and employment of U.S. military power around the world, the American public’s disagreement with such measures is quite remarkable. Indeed, many signs point to the fact that most Americans want to avoid new wars, reduce military spending, and support international cooperation.
The latest evidence along these lines is a nationwide opinion survey just released as a report (Foreign Policy in the New Millennium) by the highly-respected Chicago Council on Global Affairs. Conducted in late May and early June 2012, the survey resulted in some striking findings.
One is that most Americans are quite disillusioned with the Iraq and Afghanistan wars of the past decade. Asked about these conflicts, 67 percent of respondents said they had not been worth fighting. Indeed, 69 percent said that, despite the war in Afghanistan, the United States was no safer from terrorism.
Naturally, these attitudes about military intervention in Iraq and Afghanistan fed into opinions about future military involvement. Eighty-two percent of those surveyed favored bringing U.S. troops home from Afghanistan by 2014 or by an earlier date. Majorities also opposed maintaining long-term military bases in either country. And 71 percent agreed that “the experience of the Iraq war should make nations more cautious about using military force to deal with rogue states.”
Certainly Americans seem to believe that their own military footprint in the world should be reduced. In the Chicago Council survey, 78 percent of respondents said that the United States was playing the role of a world policeman more than it should. Presented with a variety of situations, respondents usually stated that they opposed the use of U.S. military force. For example, a majority opposed a U.S. military response to a North Korean invasion of South Korea. Or, to take an issue that is frequently discussed today – Iran’s possible development of nuclear weapons — 70 percent of respondents opposed a U.S. military strike against that nation with the objective of destroying its nuclear facilities.
Yes, admittedly, a small majority (53 percent) thought that maintaining superior military power was a “very important goal.” But this response was down by 14 points from 2002. Furthermore, to accomplish deficit reduction, 68 percent of respondents favored cutting U.S. spending on the military — up 10 points from 2010. Nor are these opinions contradictory. After all, U.S. military spending is so vast – more than five times that of the number 2 military spender, China – that substantial cuts in the U.S. military budget can be made without challenging U.S. military superiority.
It should be noted that American preferences are anti-military rather than “isolationist.” The report by the Chicago Council observes: “As they increasingly seek to cut back on foreign expenditures and avoid military entanglement whenever possible, Americans are broadly supportive of nonmilitary forms of international engagement and problem solving.” These range from “diplomacy, alliances, and international treaties to economic aid and decision making through the UN.”
For example, the survey found that 84 percent of respondents favored the comprehensive nuclear test ban treaty (still unratified by the U.S. Senate), 70 percent favored the International Criminal Court treaty (from which the United States was withdrawn by President George W. Bush), and 67 percent favored a treaty to cope with climate change by limiting greenhouse gas emissions. When asked about China, a nation frequently criticized by U.S. pundits and politicians alike, 69 percent of respondents believed that the United States should engage in friendly cooperation with that country.
The “isolationist” claim falls particularly flat when one examines American attitudes toward the United Nations. The Chicago Council survey found that 56 percent of respondents agreed that, when dealing with international problems, the United States should be “more willing to make decisions within the United Nations,” even if that meant that the United States would not always get its way.
Overall, then, Americans favor a less militarized U.S. government approach to world affairs than currently exists. Perhaps the time has come for politicians to catch up with them!
~~~~~~~~~~~~~~~~~~~~~~
Dr. Lawrence S. Wittner (http://lawrenceswittner.com) is Professor of History emeritus at SUNY/Albany. His latest book is “Working for Peace and Justice: Memoirs of an Activist Intellectual” (University of Tennessee Press).