Stand together as friends of 30 million Afghans 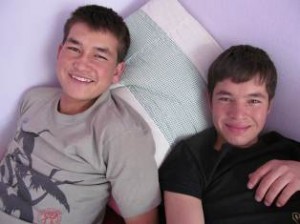 “Here is a simple, reachable step towards peace in Afghanistan: build international relationships by befriending the Afghan Peace Volunteers Ali and Abdulhai and bringing their forgotten, alternative voices of non-violence to the United States – support their U.S. visa re-applications.”

For the full article:
Stand together as friends of 30 million Afghans
1,241 Words
By Hakim and Kathy Kelly
Here is a simple, reachable step towards peace in Afghanistan: build international relationships by befriending the Afghan Peace Volunteers Ali and Abdulhai and bringing their forgotten, alternative voices of non-violence to the United States – support their U.S. visa re-applications.

The Afghan population is estimated at 30 million, with about 70 percent under the age of 25. The vibrant, youthful demographics mean that there’s a window of opportunity for Afghanistan and the international community to accompany the new Afghan generation towards a better world.

Who are these 30 million Afghan human beings? Are they just a ‘bunch of wild extremists’, as often depicted, indiscriminately or by omission, through the mainstream media? Of course not.

Using the Occupy analogy, 99 percent of these 30 million ordinary Afghans are not surviving easily under the wealthy and powerful 1 percent of well-connected Afghans.

We hardly hear anything from this 99 percent. As is conventional in this topsy-turvy global system, 99 percent is considered ‘negligible and unimportant’ in policy decisions over their ‘inconsequential’ lives.

There’s hope though, arising straight out of despair.

The worldwide worsening of socio-economic inequalities has given rise to the amassing of ordinary voices through the 99 percent Occupy movement, and other people protests in Chile, Mexico, the U.S., Spain, Greece, London and of course in the Arab Spring.

During this year’s international Children’s Day, the Afghanistan Ministry of Work and Social Affairs announced that ‘6 million vulnerable Afghan children face poverty and other serious threats’.

Ali and Abdulhai are 16 year-olds whose lives are fairly typical of the most vulnerable and impoverished of the 99 percent, ordinary youth coping with ordinary teenage issues in a war-torn ‘hell.’

They face what every Afghan faces : corruption ( Afghanistan is the 3rd most corrupt nation on earth ) , poverty ( 35 percent of Afghans are unemployed, 36 percent of Afghans live below the poverty line and as many as a third of Afghanistan’s children have to work to supplement their family’s income ) , a trust deficit with other Afghans and with foreigners, and a lack of good learning opportunities ( particularly difficult for Afghan youth who crave for change through education).

They frequently get disheartened with the increasing violence and injustice in their country and the impunity that aggravates lawlessness. Studies by the Afghan health ministry in 2009 showed that an astonishing 66 percent of Afghans suffered from mental health problems. And that was in 2009. A recent Gallup poll shows that Afghans are feeling more miserable and hopeless today!
In this emotionally and psychologically heavy environ, Abdulhai, a 16-year old Afghan student, wants to be happy. But he says, “I’ve hardly ever been happy since childhood.”

Daily, as Ali and Abdulhai go to school in Kabul, organize the tailoring and back-to-school programs, and plan for their ‘2 Million Friends’ campaign to be held on the International Day of Human Rights on 10 December 2012, they do so with a faith that small but radical acts of love can change their world.

They know that as long as they keep their consciences close to the hardworking masses, they needn’t submit to systems which gradually replace relationships with money and power.

Despite their U.S. visa denials last week, they are eager to celebrate the upcoming Eid with their families in Bamiyan to mark the end of the Ramadan fasting month.
Ali says, “I miss my mum and dad.”

Is it at all important, in the midst of the Afghan war and its attendant socio-economic devastation, to wish that two Afghan youth, Ali and Abdulhai, will eventually obtain U.S. visas to participate in the U.S. Mexico Caravan for Peace?

Perhaps, it’s not important for the 1 percent. But it is important for those of us who believe in considering alternative visions of building friendships for human progress, and for those who hope against cynical odds that love can change everything, even war, even the Afghan war.

Three U.S. Senators, three members of the U.S. Congress , Nobel Laureate Mairead Maguire and 4,775 signatories to a Roots Action petition believed that such opportunities for peaceful exchanges was important enough for them to have written letters to the U.S. Embassy in Kabul, in support of Ali and Abdulhai’s U.S. visa applications and interviews.
It was probably a first time any Afghan individual received such a warm American public show of support, but that was not enough to overcome the concerns of the U.S. Consular officials.

In a worldwide reality of power and wealth concentrated in the hands of a few fellow human beings, ordinary Afghans like Ali and Abdulhai are ‘unknowns’. They are ‘no-bodies’; their voices are not heard.

It discourages us to think of how the U.S. Consular officials regarded the democratic wish of over 4,000 of their fellow American citizens to have Ali and Abdulhai join the Caravan for Peace in the U.S for 10 days.

Abdulhai wondered at the curious words of the U.S. Embassy’s consular officer delivered through an Afghan interpreter, “Sorry. Your visa application has been rejected. You are not working with the government, and the people of Afghanistan do not know you. The situation of Afghanistan is not good.”

Later that day, Abdulhai tried the therapeutic method of leisurely preparing the Afghan Peace Volunteer community meal to break the Ramadan fast. Ali tried to finish the Math homework he had in seventh-grade school, though he ‘couldn’t really concentrate.”

Both Ali and Abdulhai told us, “We thanked them at the end of our interview and left feeling disappointed.”

Governments can deny ‘visas’, but thankfully, they can’t deny friendships.

This visa denial will not stop Ali and Abdulhai, who are core members of the Afghan Peace Volunteers, from their committed effort to build a multi-ethnic Afghan community in Kabul, at a time when continued conflict is aggravating ethnic and political divisions which threaten the integrity of Afghan society.

Ali and Abdulhai will look forward to seeing Nobel Laureate Mairead Maguire on December 10, 2012, when she will join them for their ‘2 Million Friends’ Campaign. Their hope for ‘2 Million Friends’ is simple, that in place of the 2 million Afghan victims of war over the past 4 decades, they wish to find 2 million friends, as expressed in the video clip ‘Be One of 2 Million Friends’. And so as not to lose any more human lives, they will be wishing for a multilateral ceasefire to end the war in Afghanistan. 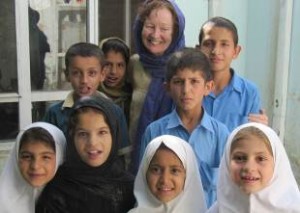 Ali and Abdulhai have a reconciliatory and non-violent message that warring groups and governments are not keen to hear; they long for the laying down of arms, the soothing of fears and the calming of antagonisms.

Apparently, a poster plastered all over the hallways of the U.S. embassy in Kabul reads, “Keep Calm, and Transition.” Ali and Abdulhai are suggesting with their actions and lives, “Build reconciliation and relationships, and transition.”

We invite all global citizens to change this impersonal status quo, by sending a deluge of support letters for their U.S. visa re-applications through http://act.rootsaction.org/p/dia/action/public/?action_KEY=6447 ; we believe that when friends stand together, everything can change!
We can stand together as friends of 30 million Afghans.
_______________________
Kathy Kelly (kathy@vcnv.org), Chicago peace journalist, is traveling in Afghanistan.