The Batman Massacre: a Response 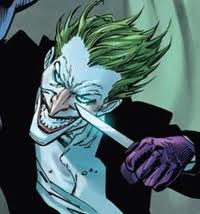 “I want to make an offer to my fellow Americans who are, like myself, reeling from the worst “random” shooting the country has ever seen. My question: Have you had enough? Because if you have, I can tell you how to stop this kind of madness. I know that’s a bold claim, but this is not a time for small measures.”

For the full article:
The Batman Massacre: a Response
532 Words
By Michael Nagler

I want to make an offer to my fellow Americans who are, like myself, reeling from the worst “random” shooting the country has ever seen. My question: Have you had enough? Because if you have, I can tell you how to stop this kind of madness. I know that’s a bold claim, but this is not a time for small measures.

We cannot fix this tomorrow, because we didn’t cause it yesterday. We have been building up to this domestic holocaust since – to take one milestone – television was made available to the general public at the conclusion of World War Two.

If you are still with me, you are prepared to believe that it was not a coincidence that this massacre took place at the scene of an extremely violent, “long-awaited” movie. Psychologists have proved over and over again that – guess what – exposure to violent imagery produces disturbances in the mind that must, in course of time, take form in outward behavior. The imagery can be in any medium, nor does it matter whether on the surface of our minds we think what we’re seeing is real or made up. This is a natural, scientific law. Exactly who will crack next and in what setting is nearly impossible to predict, and in any case it’s ridiculous to try to run around stopping the resulting violence from being acted out after the mental damage has been done. The only sane approach is not to do it in the first place.

As Lt. Col. Dave Grossman pointed out in his book, Let’s Stop Killing Our Kids, the video games that the Army uses to prepare ordinary men and women for combat, in other words to wipe out the normal empathy and inhibitions against hurting others that we’ve built up over millennia – a process known as civilization – are the very same games our young people buy across the counter throughout the country.

Of course, there are other factors. At some point we will have to talk about readily available weapons; at some point we’ll have to realize that a nation that engages in heartless drone warfare, torture, and extrajudicial killings cannot expect to live in peace. But until we liberate our minds from the endless pounding of violent imagery I fear we won’t be able to think clearly about those factors (or for that matter anything else).

With rare exceptions, film and video game producers will not stop turning out these dehumanizing products as long as there is profit to be made from them – and not enough sophistication about culture or the human mind to warn us about their dangers. But there is a way, one that has worked well on the small scales on which it has so far been tried: don’t watch them. Captain Boycott had the right approach.

Right now police have been posted at theaters where this same movie is being shown – still. But ask yourself, what are they protecting? Is it perhaps the belief that violence is just entertaining? People, tell me when you’ve had enough.
~~~~~~~~~~~~~~~
Michael Nagler (michaeln.nagler72@gmail.com) is a Gandhian scholar emeritus professor, UC-Berkeley, and founder of Metta Center.