Should NATO Be Handling World Security?

“The North Atlantic Treaty Organization (better known as NATO) is in the news once again thanks to a NATO summit meeting in Chicago over the weekend of May 19-20 and to large public demonstrations in Chicago against this military pact.”

Author: Lawrence S. Wittner is Professor of History emeritus at SUNY/Albany. His latest book is “Working for Peace and Justice: Memoirs of an Activist Intellectual” (University of Tennessee Press).

For the full article:
Should NATO Be Handling World Security?
813 Words
By Lawrence S. Wittner

The North Atlantic Treaty Organization (better known as NATO) is in the news once again thanks to a NATO summit meeting in Chicago over the weekend of May 19-20 and to large public demonstrations in Chicago against this military pact.
NATO’s website defines the alliance’s mission as “Peace and Security,” and shows two children lying in the grass, accompanied by a bird, a flower and the happy twittering of birds. There is no mention of the fact that NATO is the world’s most powerful military pact, or that NATO nations account for 70 percent of the world’s annual $1.74 trillion in military spending.
The organizers of the demonstrations, put together by peace and social justice groups, assailed NATO for bogging the world down in endless war and for diverting vast resources to militarism. According to a spokesperson for one of the protest groups, Peace Action: “It’s time to retire NATO and form a new alliance to address unemployment, hunger, and climate change.”
NATO was launched in April 1949, at a time when Western leaders feared that the Soviet Union, if left unchecked, would invade Western Europe. The U.S. government played a key role in organizing the alliance, which brought in not only West European nations, but the United States and Canada. Dominated by the United States, NATO had a purely defensive mission — to safeguard its members from military attack, presumably by the Soviet Union.
That attack never occurred, either because it was deterred by NATO’s existence or because the Soviet government had no intention of attacking in the first place. We shall probably never know.
In any case, with the end of the Cold War and the disappearance of the Soviet Union, it seemed that NATO had outlived its usefulness.
But vast military establishments, like other bureaucracies, rarely just fade away. If the original mission no longer exists, new missions can be found. And so NATO’s military might was subsequently employed to bomb Yugoslavia, to conduct counter-insurgency warfare in Afghanistan, and to bomb Libya. Meanwhile, NATO expanded its membership and military facilities to East European nations right along Russia’s border, thus creating renewed tension with that major military power and providing it with an incentive to organize a countervailing military pact, perhaps with China.
None of this seems likely to end soon. In the days preceding the Chicago meeting, NATO’s new, sweeping role was highlighted by Oana Longescu, a NATO spokesperson, who announced that the summit would discuss “the Alliance’s overall posture in deterring and defending against the full range of threats in the twenty-first century, and take stock of NATO’s mix of conventional, nuclear, and missile defense forces.”
In fairness to NATO planners, it should be noted that, when it comes to global matters, they are operating in a relative vacuum. There are real international security problems, and some entity should certainly be addressing them.
But is NATO the proper entity? After all, NATO is a military pact, dominated by the United States and composed of a relatively small group of self-selecting European and North American nations. The vast majority of the world’s countries do not belong to NATO and have no influence upon it. Who appointed NATO as the representative of the world’s people? Why should the public in India, in Brazil, in China, in South Africa, in Argentina, or most other nations identify with the decisions of NATO’s military commanders?
The organization that does represent the nations and people of the world is the United Nations. Designed to save the planet from “the scourge of war,” the United Nations has a Security Council (on which the United States has permanent membership) that is supposed to handle world security issues. Unlike NATO, whose decisions are often controversial and sometimes questionable, the United Nations almost invariably comes forward with decisions that have broad international support and, furthermore, show considerable wisdom and military restraint.
The problem with UN decisions is not that they are bad ones, but that they are difficult to enforce. And the major reason for the difficulty in enforcement is that the Security Council is hamstrung by a veto that can be exercised by any one nation. Thus, much like the filibuster in the U.S. Senate, which is making the United States less and less governable, the Security Council veto has seriously limited what the world organization is able to do in addressing global security issues.
Thus, if the leaders of NATO nations were really serious about providing children with a world in which they could play in peace among the birds and flowers, they would work to strengthen the United Nations and stop devoting vast resources to dubious wars.
~~~~~~~~~~~~~~~~~~
Lawrence S. Wittner is Professor of History emeritus at SUNY/Albany. His latest book is “Working for Peace and Justice: Memoirs of an Activist Intellectual” (University of Tennessee Press). 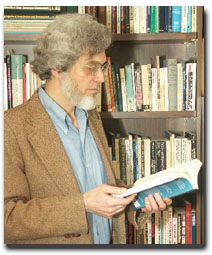