“Is it possible to cope with the immense dangers posed by the rapid consumption of the world’s resources? In The Race for What’s Left, Michael Klare claims that it is — but only through a significant change in behavior.”

For the full article:
Running Out
1,147 Words
By Lawrence S. Wittner 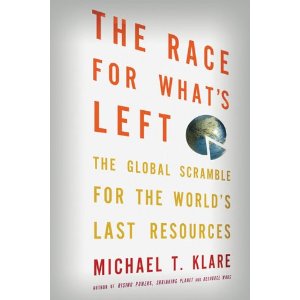